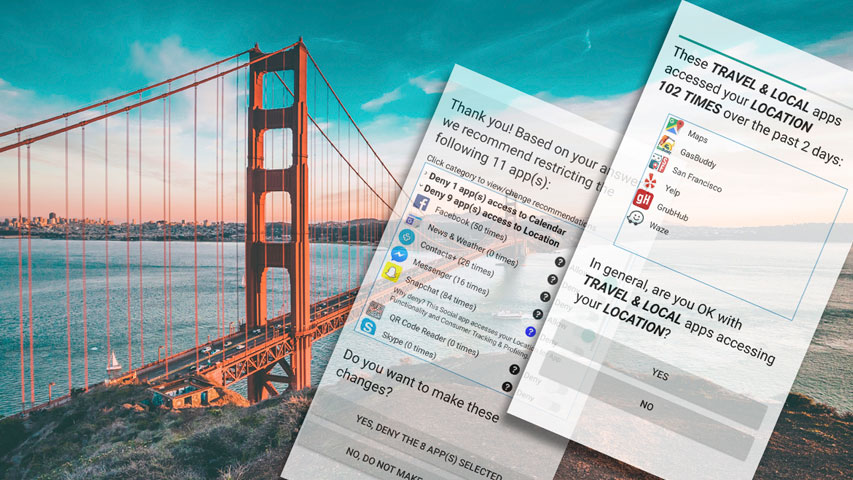 Researchers at Carnegie Mellon University in Pennsylvania, USA, have developed a new personalised privacy assistant tool that lets consumers keep track of how apps are using their data.

The app works by learning what information users are comfortable with sharing with their apps, before recommending how they should change their existing settings.

Professor of Computer Science Norman Sadeh said: “It’s clear that people just can’t cope with the complexities of privacy settings associated with the apps they have on their smartphones.

“And it’s not just smartphone apps. The growing number of sensors and other smart devices that make up the so-called internet of things will impact privacy and make it even more challenging for users to retain control over their data and how it is being used.”

Findings from the study revealed that of the 49 people using the privacy assistant, 80% accepted its recommendations on app settings and only 5% changed these after they had been implemented.

Researchers also found that those using the app can be grouped based on the types of privacy settings they regularly choose.

This makes it easier for the app to suggest how users should protect their data, as it could register who would be most likely to accept or reject certain recommendations.

Sadeh commented on the findings of the study, saying: “Our findings suggest that the personal privacy assistant does a good job of properly profiling each user and that its recommendations based on those profiles were useful.”

It is unclear when the app will be made public, however the research suggests consumers would be interested in a tool that lets them keep on top of how apps are using their data.

The assistant is being developed with support from the Defense Advanced Research Projects Agency and the National Science Foundation.