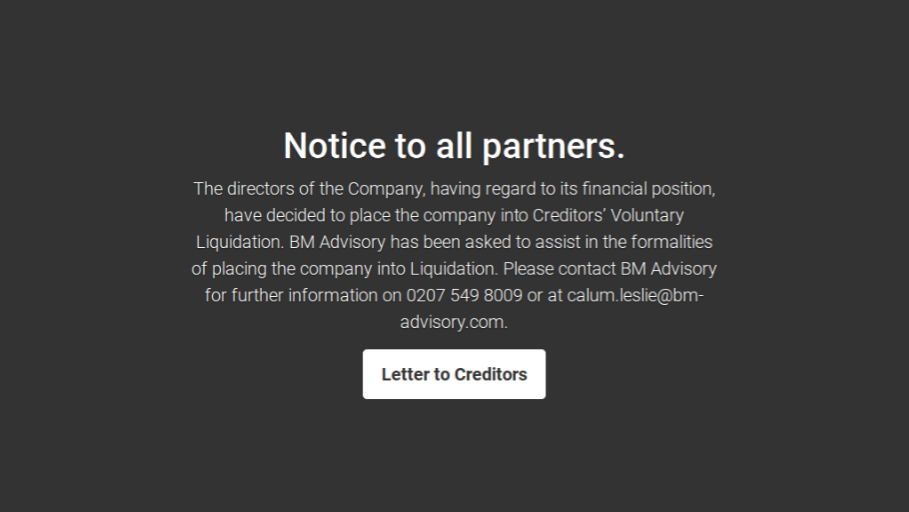 Directors at the mobile ad network Reporo have elected to place the company into Creditors’ Voluntary Liquidation following a period of financial difficulty.

BM Advisory will assist with the formalities of taking the company through the liquidation process.

The Reporo website has been updated to reflect the decision, with the homepage hosting a letter to the firm’s creditors.

Reporo operated across a range of verticals, including gaming, men’s health, casino/sport betting, and adult.

“Reporo is a global mobile Ad Network with over 15 Billion impressions per month on its Banner, Pop-Under and Pop-Under eXchange networks.

“We have been in business for over 10+ years, have 5 Offices Worldwide and are headquartered in London.

“The company has been awarded several accolades, including being featured four consecutive times in the Sunday Times Tech Track 100 league table 2012-2015 and in the HSBC International Track 200 2016, and the Deloitte Fast 500 in 2015.”