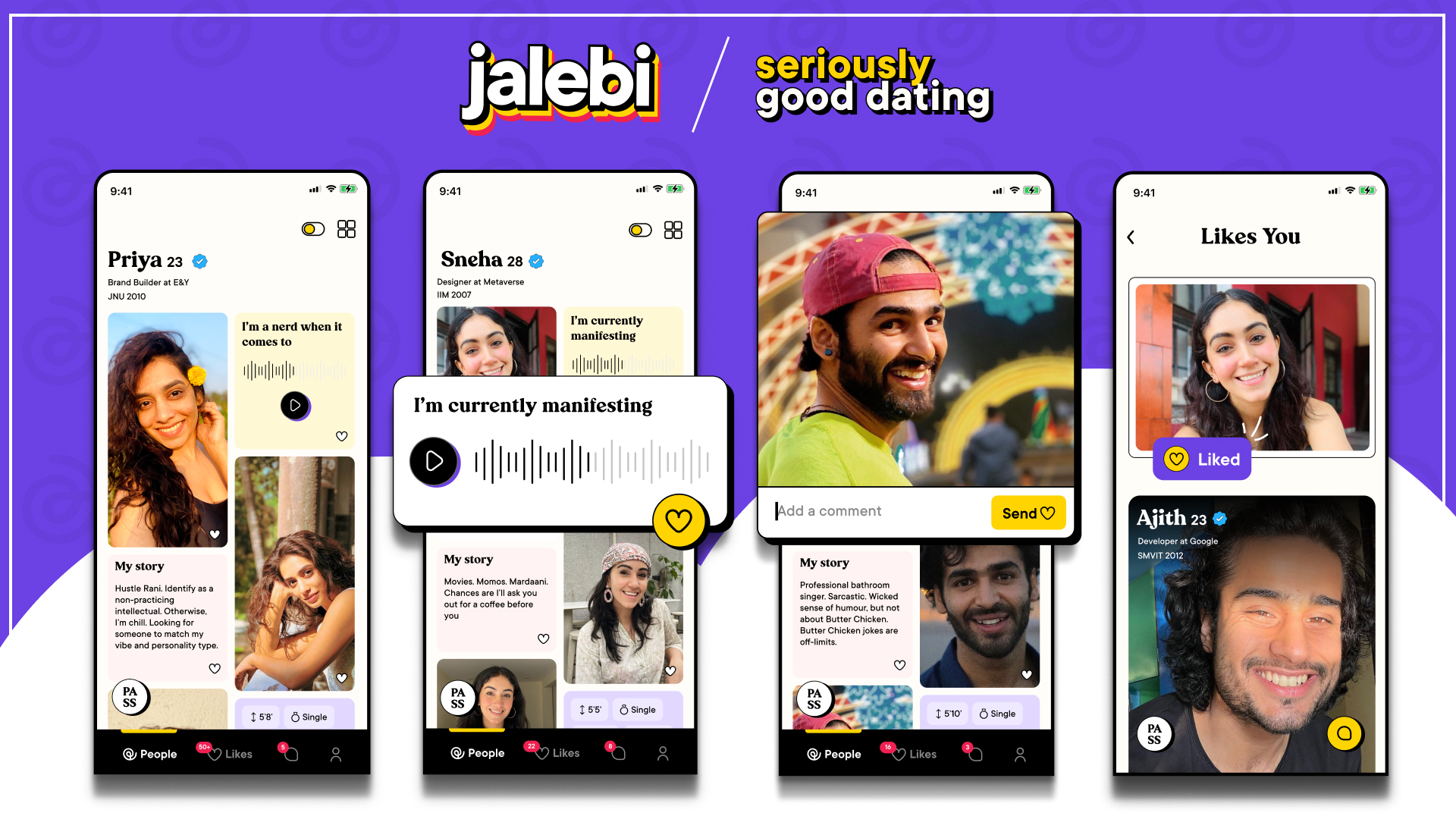 Indian dating platform Aisle has added Jalebi to its suite of app offerings. The newly launched Jalebi focuses on helping Desi Gen Z singles who are “looking for a little more depth”.

Jalebi’s tagline ‘Seriously good dating’ demonstrates that the app is not meant for frivolous or casual encounters, but rather more intelligent and meaningful companionship. But the app still wants to create upbeat vibes, going with a bright and loud design that will appeal to younger generations.

In terms of its features, the app will ask for selfie verification on its user profiles, as well as giving users the ability to make a mosaic-style profile design and allowing for audio prompts.

“Aisle has never really ventured into the 18-24 age group – a generation that is way more open and aware of what’s happening around the world. It was time to think differently for our growing audience – and create an experience that matched this segment’s dating goals”, said Able Joseph, Founder & CEO of Aisle.

“Jalebi is a new take on relationships and dating for the younger generation. The aim is to provide members with a trustworthy space to connect and have their voice heard”, he continued.

Jalebi is now available to download on Apple and Android app stores.