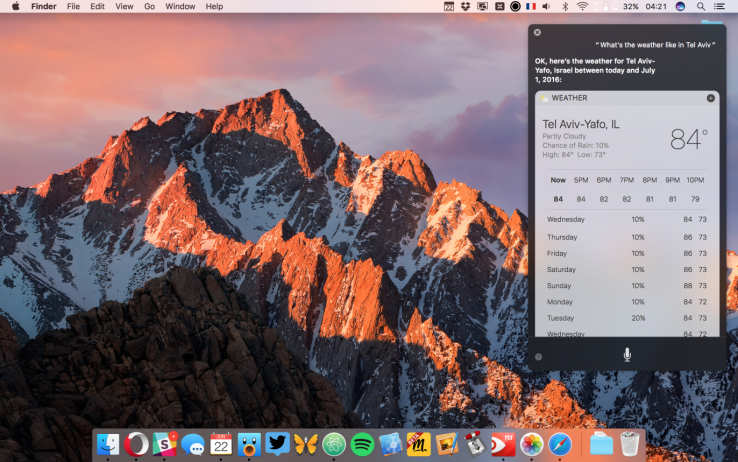 The tech giant first announced the new betas at WWDC 2016, and has since updated them to help developers make the most of the new version of the Mac operating system.

And as it stands, the new beta releases seem to just be ironing out bugs and fixes prior to the public release of the features.

MacOS Sierra seems to be offering some exciting new features to developers and the public alike, with the introduction of Siri to Macs for the first time.

This will mean that Apple users will be able to converse with their Mac devices as well as their iPhones, meaning they can just ask their devices to alter volume levels, search for files and scroll through search engines, for example.

MacOS Sierra will also see rich links being integrated into messages and apps which will enable users to preview content without having to open it in a web browser.

This could therefore bring huge opportunities to brands and businesses looking to engage more users with their products.

And finally, photos will also be updated to include different filing systems based on the device’s own tagging system, which aims to recognise the people or things in photos and where they are.