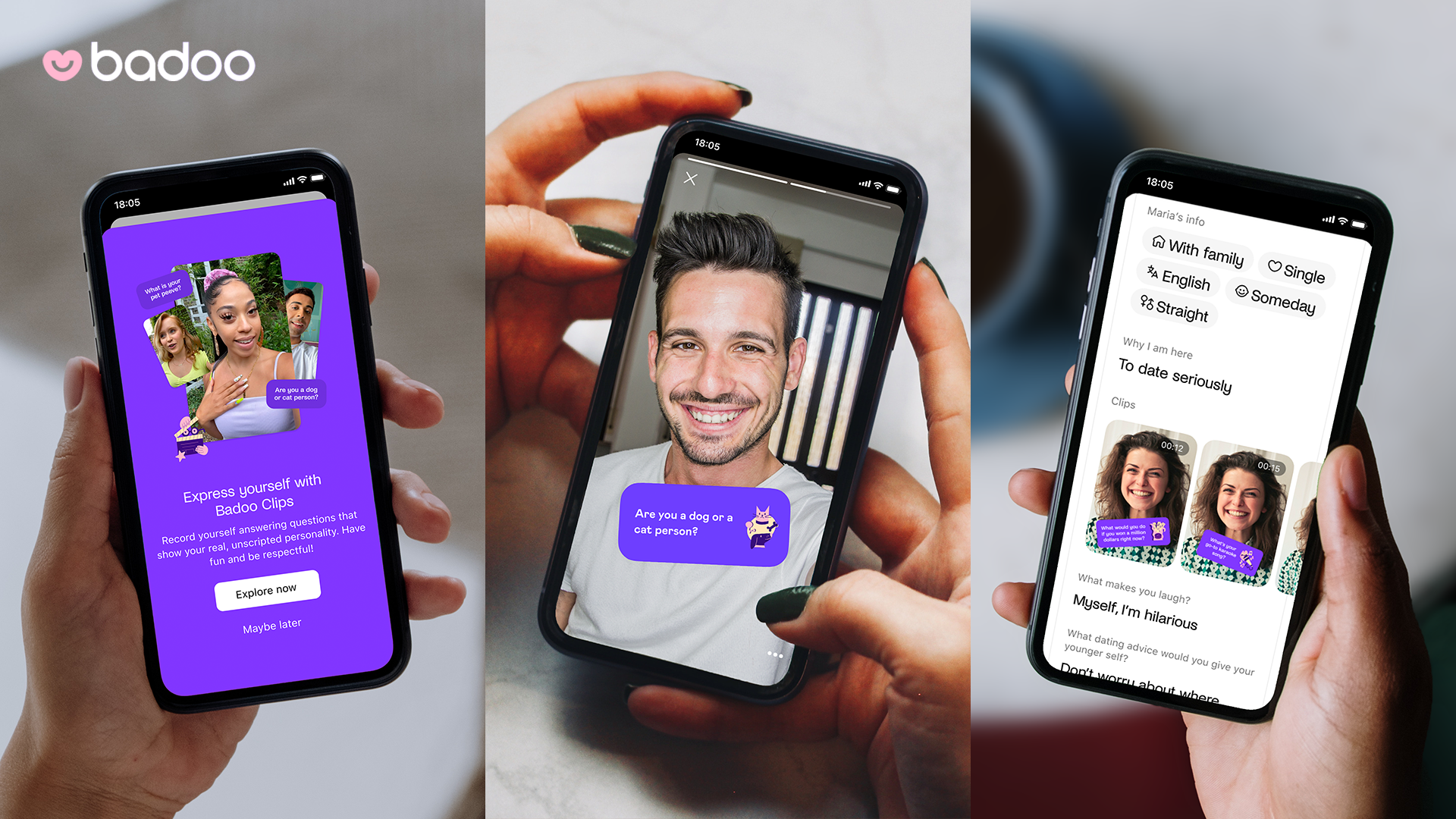 Badoo has launched a new video feature for singles to show off their personalities and give honest opinions on a variety of topic prompts.

‘Clips’ allows users to post 15-second videos in response to a pre-selected question. The fun icebreakers should make it easier to judge compatibility and add an extra layer of security.

The dating app will give greater visibility to the profiles containing ‘Clips’ as a reward for their commitment to honest dating. The industry has seen an increase in video features over the past 18 months and the majority of singles are looking for less superficiality during their dating journey.

Natasha Briefel, Badoo UK’s Brand Marketing Manager, said in a statement: “A key piece of feedback we get from our Badoo community is that it can sometimes be difficult to know who the real person behind the dating profile is.

“This is why we have worked with our members to develop Clips, a feature that allows daters to convey their quirks and charms that can often be missed over written text. It’s these nuances that we want daters to be able to get across, so they can find a more meaningful connection.”

80% of Badoo users said they find it easier to judge compatibility when seeing a potential partner over video. Half of them also said it’s hard to accurately display their personality on a dating app when they’re just uploading photos.

In June, Badoo prohibited users from taking screenshots while on the app, in an attempt to prevent the sharing of private conversations and photos.