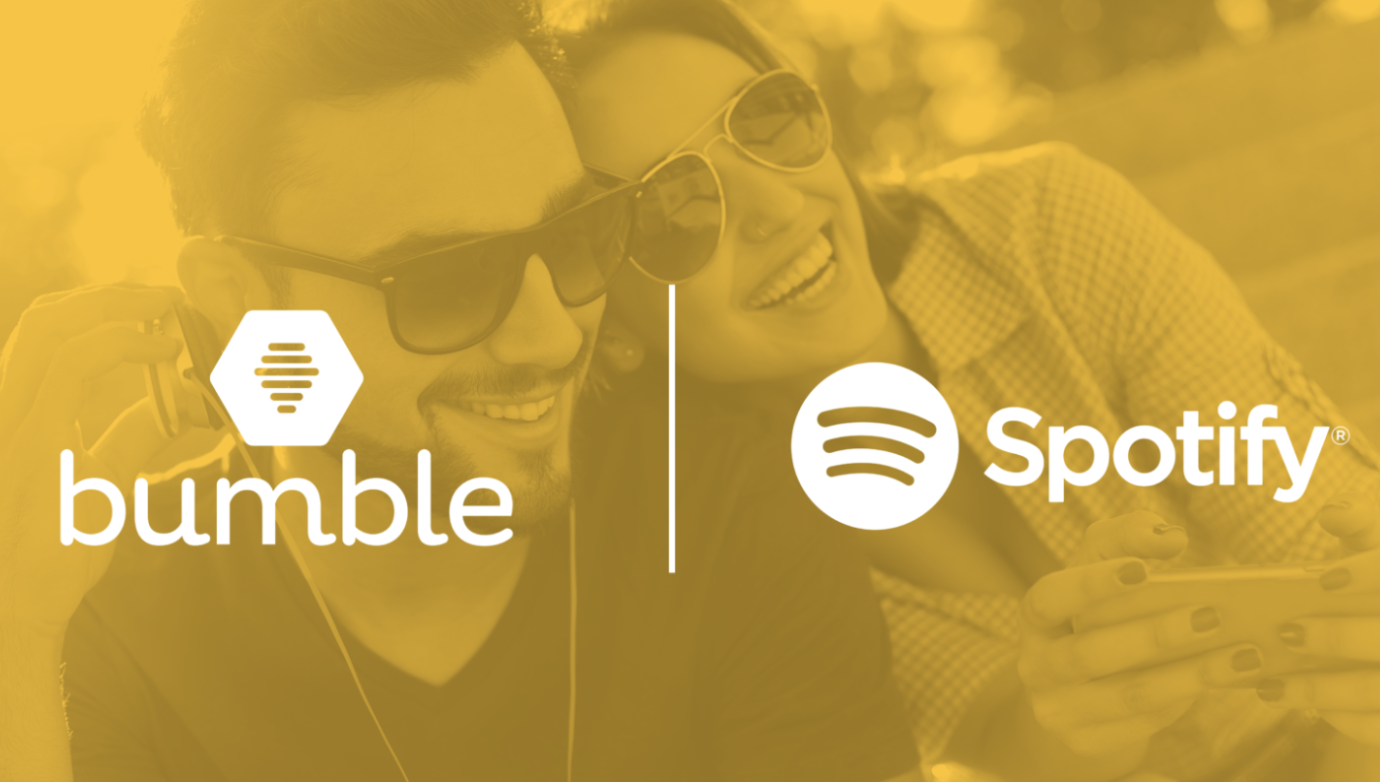 Female-focused dating app Bumble has just teamed up with Spotify to let users connect with other singles over their taste in music.

Over the next few weeks, users will be able to sync Bumble with their accounts on the music streaming service, letting them opt-in to display their favourite artists on their dating profile.

If they do, any potential matches will be able to see their most played artists on Spotify, so they can see whether they share a similar taste in music.

This latest integration, which adds another element to its user matching system, is a move Bumble CEO Whitney Wolfe said she has wanted to make since the app launched in 2014.

Wolfe said: “Spotify has been our radar since launch. But when we launched, I think a lot of people assumed ‘well, this just another dating app’.

“We ramped up and once our brand became quite viral, we reconnected with Spotify and said, ‘Let’s definitely find a way to do this.'”

The information will also give another way for Bumble users to filter one another, as well as acting as a good way to start conversations.

In a blog post announcing the partnership, the US dating app said: “Music has brought people together for generations and can often indicate how well you’ll get along with a potential mate.

“As such, we’re hooking up with our perfect match, Spotify, to help people make more meaningful connections with music taste in mind.”

To celebrate its latest feature – which will be rolled out to users over the next few weeks – the app has created its very own playlist compiled of the top tracks found on dating playlists on Spotify.

Bumble is also looking to use this latest integration as a way of inspiring other apps and services to team up with them to help improve their users’ experiences both offline, and on the app.

The US startup isn’t the first dating app to partner with Spotify – back in June 2015 French dating app Happn added an integration with the music streaming giant, letting users list their favourite music and share songs with one another.