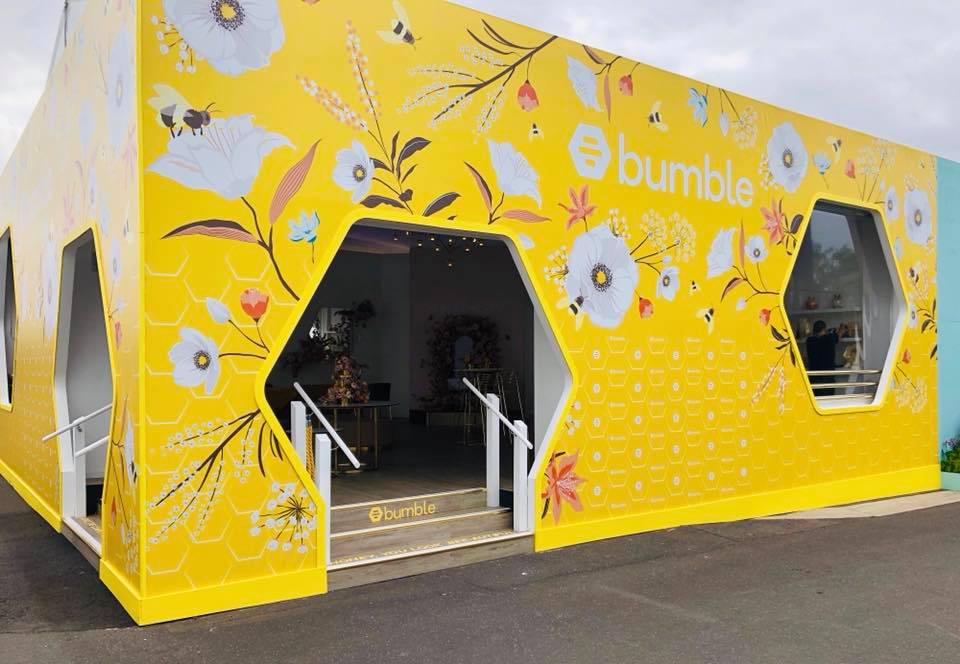 Bumble hosted a marquee and sponsored a race at the Melbourne Cup Carnival, Australia’s most well-known horse racing event, to promote the Bumble Bizz platform.

The marquee was situated in the exclusive Birdcage area at the Flemington racecourse and was organised by Michelle Battersby, Bumble’s Australia Country Lead. The estimated cost of the pop-up was somewhere in the region of AUD $500,000.

Whitney Wolfe Herd travelled to take part in the celebrations and was joined by a number of influential women from Australian businesses.

Battersby told the Brisbane Times: “It is definitely not cheap, but I think you can be strategic how you plan for it and as a startup we are definitely used to hustling.”

“It is pretty hard to brief someone on ‘Come to Australia and come to the Melbourne Cup’ and to put into words how big it is, but [Whitney Wolfe Herd] is loving it.”

The Bumble Stakes was the first race of the final day of the carnival on Tuesday, November 6th.

The winner, Bella Rosa, was paraded around the winners enclosure draped in a yellow turnout rug with the social app’s logo on it.

A horse named ‘Still Single’ was withdrawn from the race just before it started, with some viewers asking if it had been “taken off the market”.