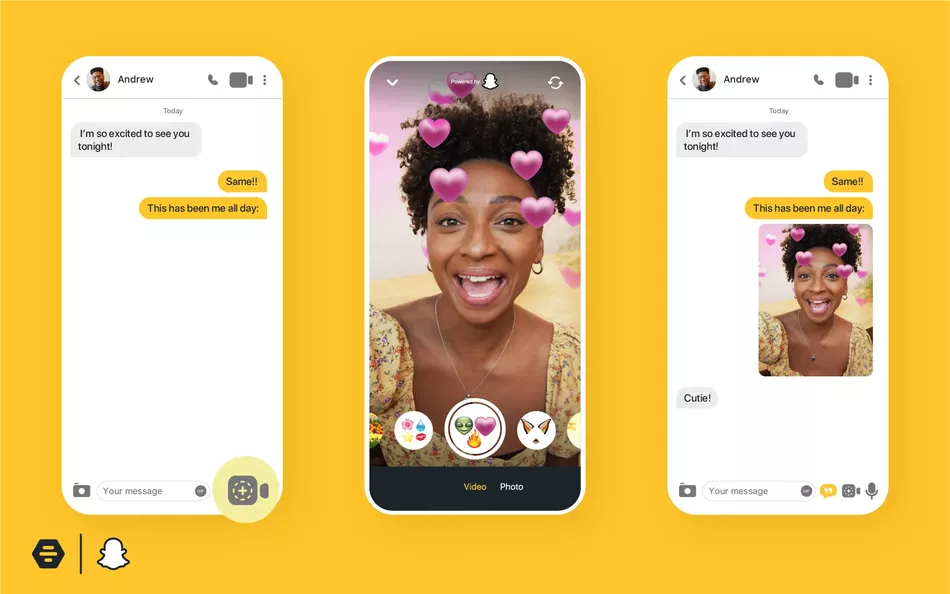 Snap Inc. has announced a new partnership with Bumble which will help users personalise their virtual dating experiences.

‘Snapchat Lenses’ can now be integrated into video calls, allowing couple to change their background to match the mood using augmented reality.

There are six possible options to choose from and the backgrounds rotate a full 360-degrees to make sure the atmosphere is never lost. Daters can also simply blur their backgrounds to help them really focus on each other.

Charley Webb, Bumble’s Chief Customer Officer, told Mashable: “Whether it’s a picnic in Paris or a gondola ride in Venice, we’re offering the ability to create this sort of 360-degree background to almost imitate what it’s like to be together in real life. So it sort of takes a video call to that next level.”

The option is also available on video messages, where Bumble users can send short clips to each other. The lenses include, shimmering hearts and stars, as well as different animal ears.

However, users won’t be able to add any beauty filters that change their appearance, making sure they are always displaying their honest selves.

More Snap features are going to be added to the female-first social app later in the year, such as its new sticker kit which contains gifs, animated stickers and people’s unique Bitmojis.

Earlier this month, MeetMe and Snack became some of the first apps to partner with TikTok and take advantage of its third-party SDK. Users of these dating services can now pair their accounts and add their TikTok videos to their dating profiles.