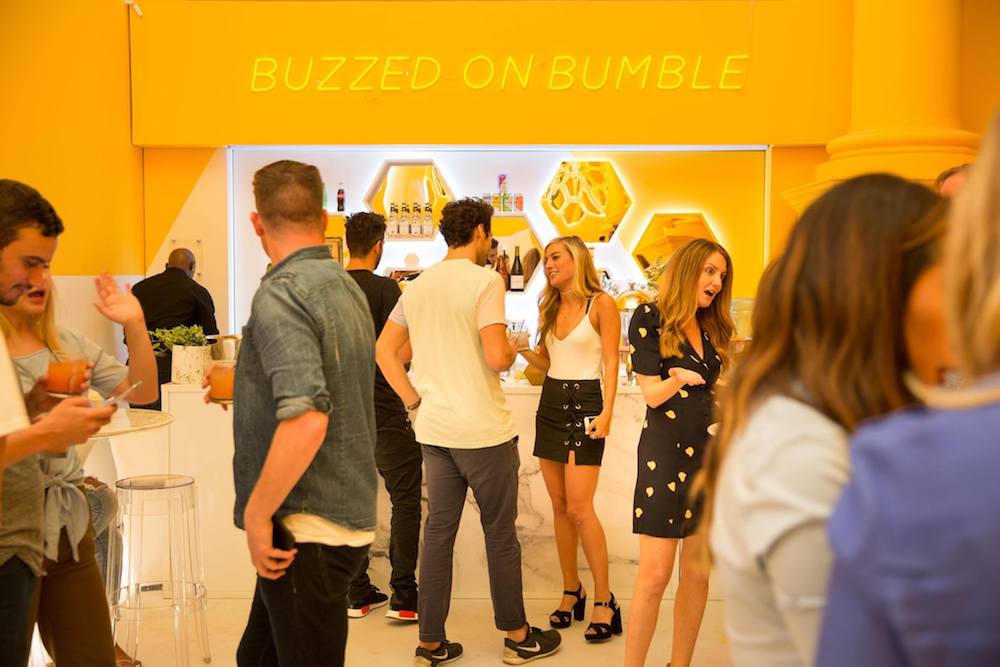 Bumble is launching its third Bumble Hive, this time in Los Angeles.


From 1st February, Bumble will have a physical pop-up in Los Angeles and it will run until 25th March. It will be for users to be able to network, work and connect.

Like previous Bumble Hives in New York and London, there will be panels hosted by the likes of Gwyneth Paltrow and Bumble’s heads of creative, Sara and Erin Foster.

Kailani Novotny of Manifold spoke about the design of the pop-up: “The design of the Hive was inspired by three central elements: the new Bumble headquarters in Austin, the modern Los Angeles design sensibility, and the concept of a buzzing beehive. We combined a hexagonal hive pattern with custom backlit mirrors and floor-to-ceiling shelves to bring depth, reflectivity, motion, and a personalized feel to the space.”

Whitney Wolfe Herd, Bumble’s founder, gave her thoughts: “Bumble is all about community and safe, empowered connections, and the Hive represents a natural extension of our brand and our values. We love that we’ve given people an opportunity to connect digitally, and the Hive allows us and our users to take that to the next level in a space where connections can come to life in person. Los Angeles is home to millions of Bumble users and we’re thrilled to have an opportunity to get to know them better following how much fun we had with Hive New York City last year.”

The LA Bumble Hive will be similar to the company’s previous Hives, with entrance being granted on a first-come first-served basis and down to availability, with users needing to show their Bumble profiles upon entrance.

Head of Creative Erin Foster also said: “The Hive will not only be a productive place for Bumble users to work, but also we have been very thoughtful in organizing interesting events, talks, and panels spanning topics that myself, my friends, and most women are curious about. From a fertility specialist explaining egg freezing to the most high-powered female divorce attorney giving advice, to nutritionists to matchmakers to some of the most powerful women running Hollywood, there is no topic you’ve been thinking about that won’t be covered. And you get to learn about it for free. By the end of the two month pop-up we will all be experts on everything!”

GDI went along to Bumble’s last Hive in London in October, check out the photos here.