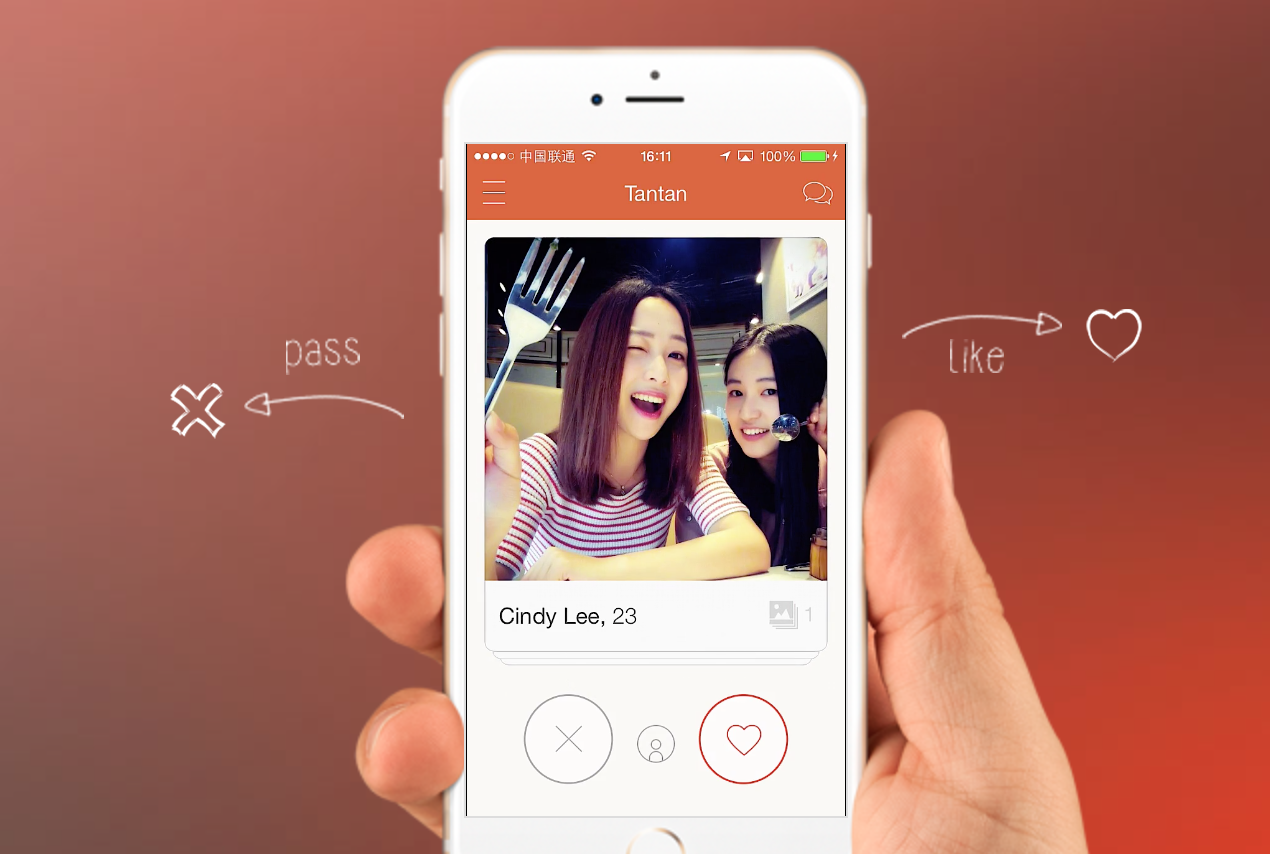 A Chinese version of Tinder called Tantan has just raised a whopping $32m in funding.

The Beijing-based app, built by Yay Media Labs, just completed the Series C round, which was led by investors DST Global, Vision Plus Capital and LB Investment.

The dating service was launched back in 2014, and now has over 2.5m daily active users, according to the Chinese startup.

Speaking about the massive round of funding, a spokesperson from Tantan told TechNode: “After this round of funding, we plan to continue focusing on [user] pain points, improving daily usage, and consolidating our position in the social application industry.”

The app, which started as a Tinder clone, has since added a number of new features, including an icebreaker “question game” for those unsure what to say after they match with someone.

Users can also share their location with matches, send pictures & stickers, as well as view a “crossed paths” feature that shows you how many times you’ve passed your matches. According to a partner at LB Investment, Tantan is planing to release features in the future that would let users ask their matches for lunch, a drink or for a walk.

Last January, Tantan raised $5m in a Series A round led by Bertelsmann Asia Investments.

At the time, founders Pan Ying and Wang Yu said the app had made over 15m matches, seen 20m swipes and 1m messages sent every day.

This was followed by a $13m Series B from DCM, KPCB, and GX Capital and LB Investment.

Regarding monetisation, a Tantan spokesperson said: “We’ll focus on that around the end of this year after we’ve hit 7 to 10 million daily active users.”

It’s a massive round of funding for Tantan – one of the biggest single rounds of investment in an online dating service we’ve seen in years.

It also exceeds the total funding for some of the industry’s most thriving startups – French app Happn’s total funding currently stands at $22m, whereas Hinge has raised $20.6m over four rounds.

The investment also shows the huge market potential of Asia, which has seen Southeast Asia leader Paktor scoop over $10m in funding.

Tantan is currently available for both iOS & Android.