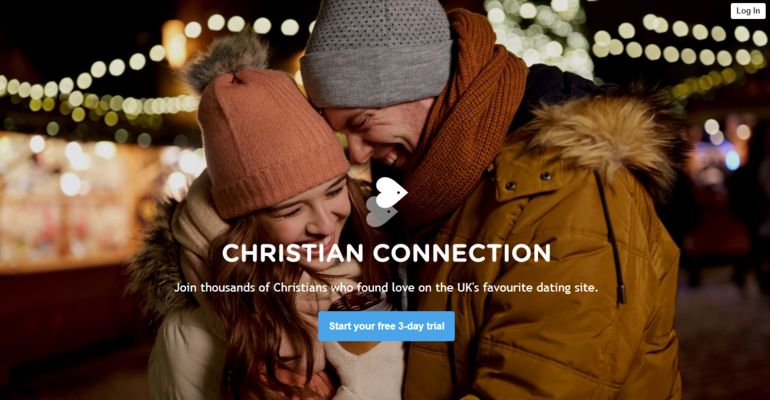 Christian Connection has had a 50% increase in members in its last season and expects the same at the beginning of January.

Jackie Elton, founder and managing director of Christian Connection, told Premier that the aftermath of Christmas has a lot to do with it: “Just as all the plates are tidied away and people start to think about what’s next, we find that the activity on our dating site and everybody’s [sites]starts to rise very dramatically.”

Similarly, Match.com announced in December that its busiest day was 3rd January, with the average app user scrolling through 43 different profiles.

Elton added: “People are thinking about the year that’s ahead and think it’s time for a change, sometimes a relationship has broken up, but mostly people are just looking to find somebody who they are going to share the coming year with. Also they have time. They’ve got several days off work and it’s dark and cold outside.”

Christian Connection also recruits the majority of its staff from late December to the beginning of January to deal with the increase in memberships.

Joff Williams, communications director at Christian Connection, told Premier: “Something really interesting is we measure meaningful conversations. What we define by that is that there are three parts of the conversation someone sent a message, there’s been a response, and the first person had replied. We see the number of meaningful conversation go right up in January. This goes back to the intention, people are engaged with the process, and they’re going on the site because they really want to meet someone.”

He added: “I think what happens during Christmas people spend a lot time with family, for single people it can be quite lonely and what could happen is that they start thinking about New Year resolutions and one of them is to do something about your singleness.”