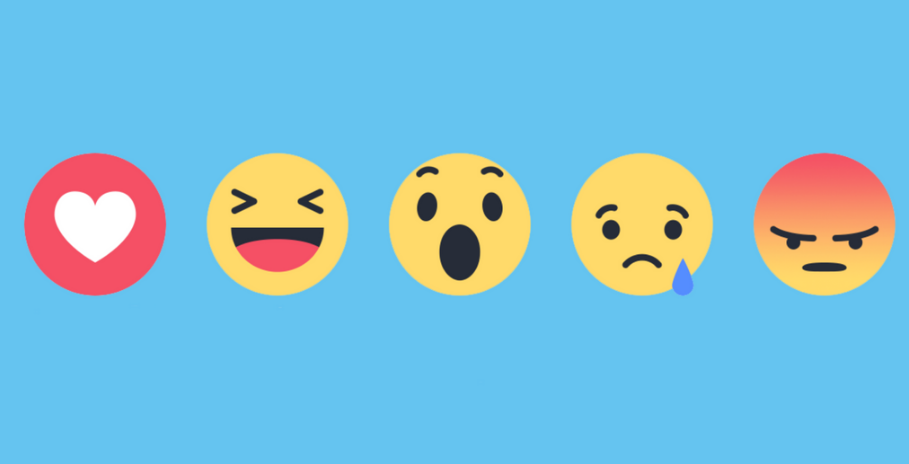 A year ago, Facebook launched its Reactions feature, which enables users to respond to posts using small icons that represent different feelings.

And it has now been announced that Facebook will be using Reactions to rank the content users see on their News Feeds – the company placing a greater emphasis on the posts that people react to, rather than the ones they like.

However, the social network is not taking into account the type of reactions a person leaves (e.g. “love”, “wow”, “sad”, “angry” etc).

“So we are updating News Feed to weigh reactions a little more than Likes when taking into account how relevant the story is to each person.”

The reason for this change is because leaving a reaction is indicative of higher levels of engagement, as it takes people longer to choose a reaction than like a post.

Facebook has said that “love” is by far the most popular emotion on the platform, accounting for more than half of all reactions posted last year.

Christmas Day 2016 saw the most reactions across a 24 hour period, with “love” the most popular emotion.