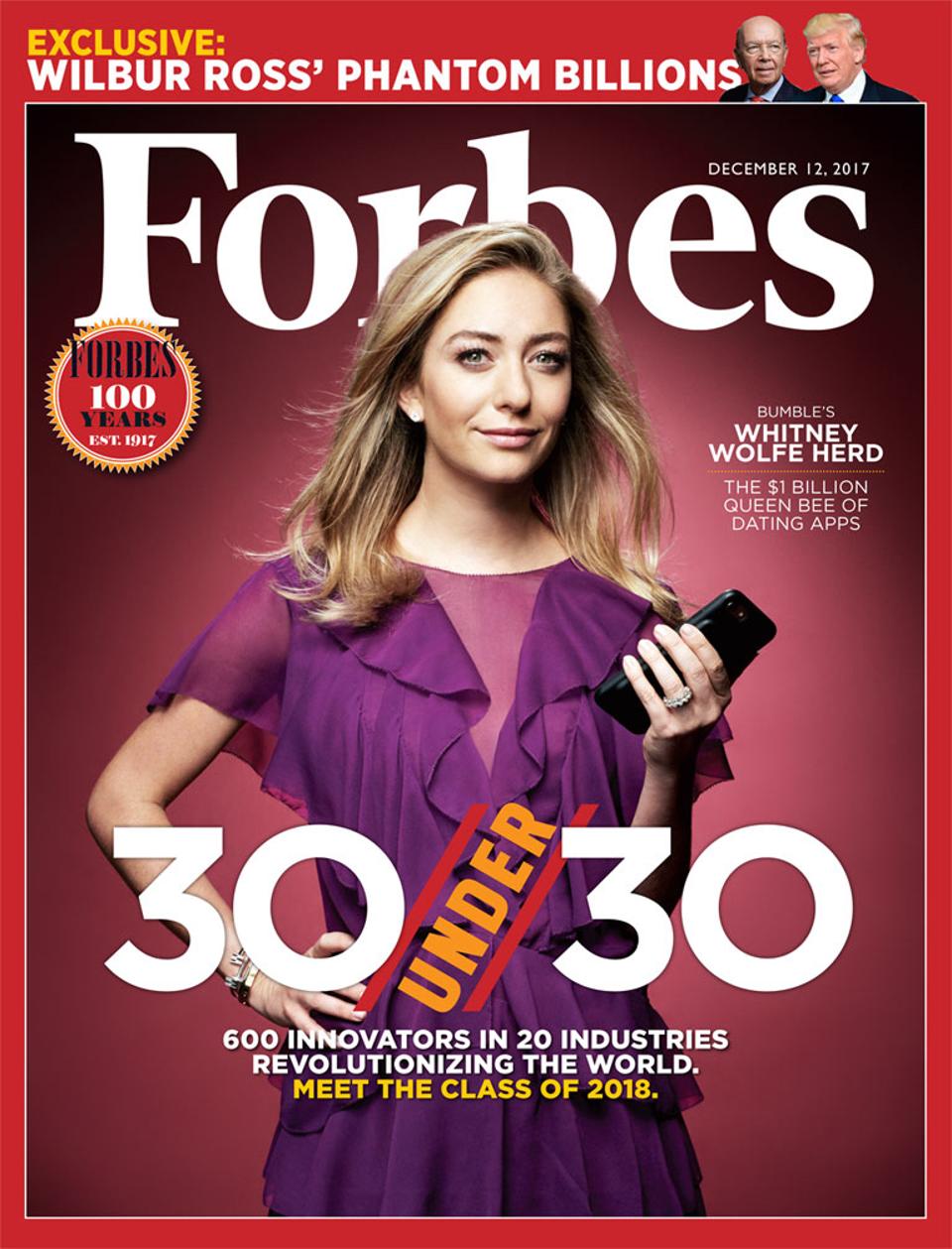 
The magazine cover, entitled ‘The £1 billion Queen Bee of dating apps’, will be available in Forbes’ December 12, 2017 issue.

The featured article speaks about how Herd started planning her launch party for a new Bumble product last month, its new Austin HQ and how she turned down a $450m buyout offer earlier this year from Match Group (talks are ongoing, read GDI’s coverage here).

It also speaks about how Herd decided to compete against Tinder after she sued the dating platform in 2014 for sexual harassment, alleging that her ex-boyfriend and ex-boss, Justin Mateen, bombarded her with threatening text messages.

Herd spoke about the online harassment and abuse she received which is all too common for women: “I was being told the ugliest things by complete strangers, and they were having full debates about me. “I wasn’t running for office.

“I wasn’t trying to be on a reality show.

“I was just a girl who left somewhere.”

The article also speaks about how Andrey Andreev, founder of dating platform Badoo, approached her as her passion inspired him, wanting her to work for him.

She declined his offer and said: “Dream on — I’m not for hire.

“I’m starting a company, and I don’t want to be in dating.”

However, after Herd settled the lawsuit with Tinder in 2014, she accepted Andreev’s offer and, together, they came up with Bumble.

The platform launched in December 2014 and received over 100k downloads in its first month.

Bumble will cross $100m in sales this year, with this figure estimated to double in 2018.