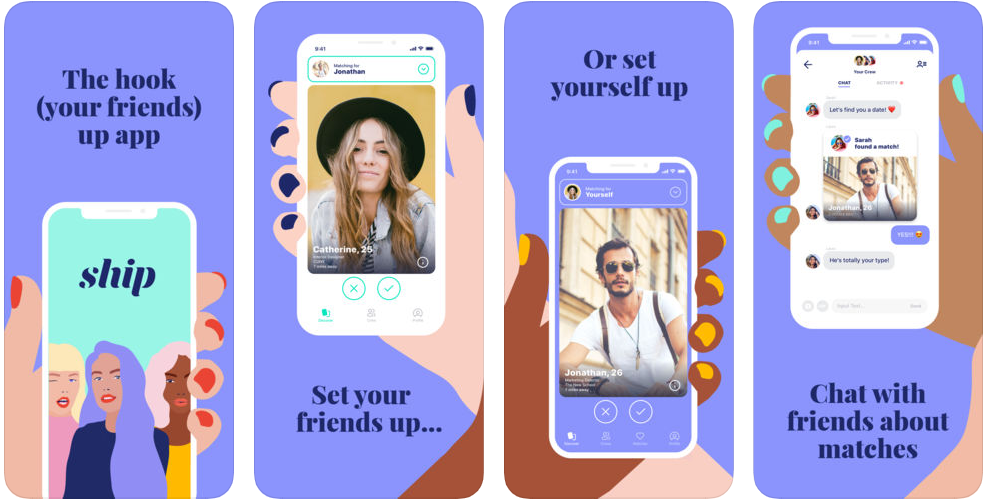 Ship, the dating app that helps users set their friends up, has released a new profile feature for daters to show off their favourite television shows.

‘Top Shows’ can be found at the bottom of a user’s profile page and offers a new way for matches to find common ground. It can also assist in crafting a successful ice-breaker by sharing a unique reference.

According to company data, the update is already doubling the chances of getting a match. The Office US is currently the most popular show, with the nostalgic sitcom being included in approximately 20% of profiles.

Game of Thrones, Rick and Morty, Umbrella Academy and Stranger Things are the other top five favourite shows.

Ship has also explained that the timing of this new feature is apt as the online dating industry and moves into cuffing season. Singles begin to look for a more serious relationship to settle down and watch quality television with over the winter months.

The app was first released at the beginning of the year by female-lifestyle brand Betches. Users can set up group chats or ‘Crews’ with their friends to discuss potential matches, opening lines and give advice about every stage of the dating journey.

It was initially only available on iOS devices before getting an Android release in August. 70% of the Ship community identify as female.