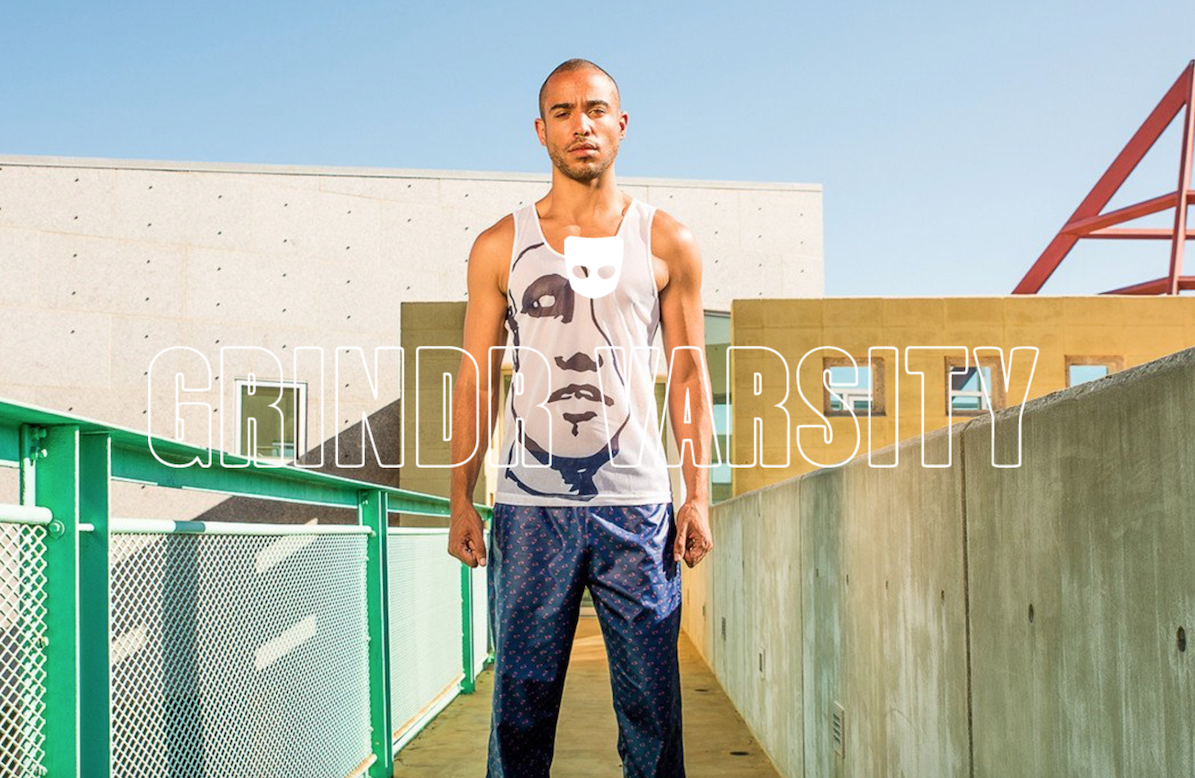 The new menswear collection is a partnership with Print All Over Me (PAOM), and includes tops, swimwear, sweatshirts, outerwear, jockstraps, bandanas, bags and other items.

The fashion line is designed to reference both queer pop-culture and Ancient Greek motifs.

Called The Varsity Collection, it is available online here, and the items are priced between $25 and $130.

All proceeds from the clothes will go to Athlete Ally’s Principle 6 campaign, which seeks to end homophobia and transphobia in the sporting community.

The campaign was launched in January 2014 in protest of Russia’s anti-gay laws around the Sochi Winter Olympics.

Principle 6 refers to the section in the Olympic Charter that reads: “Any form of discrimination with regard to a country or a person on grounds of race, religion, politics, gender or otherwise is incompatible with belonging to the Olympic Movement.”

Speaking about its move into the fashion world, Grindr’s creative director Landis Smithers said: “As we keep evolving, we are looking for ways to combine things people enjoy with ways to help the community globally.

”The collection feels sexy, cheeky, fun, but in the end, all profits are going to an amazing group that helps athletes with the issues the gay community faces all around the world. It felt like a different way to approach sports, and every partner in the mix has been amazing.”

The full collection can be bought on the new Grindr Store website, and will also become available on the PAOM store on the 15th August.

Check out some pictures from the collection’s lookbook below: