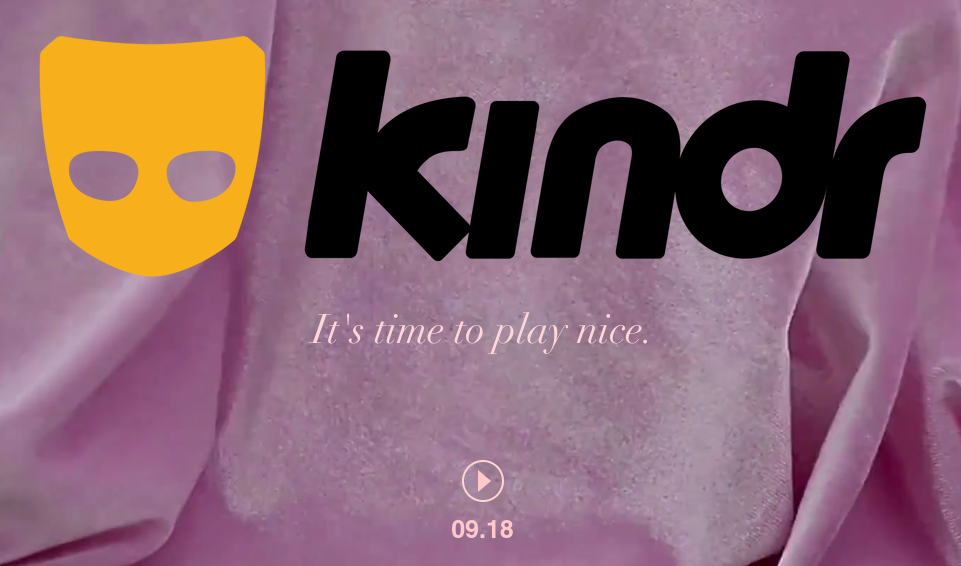 Grindr has teased the launch of a new campaign called Kindr.

The posts link to a website that shows a Kindr logo, styled in the same way as the Grindr logo, and a tagline reading “It’s time to play nice”.

The launch is scheduled for September this year, but there are no more details at this moment.

Grindr has faced criticism in the past for not doing enough to tackle prejudice on its platform. Jack’d accused Grindr of allowing its users to post discriminatory tag lines in their ‘preferences’ section.

Sinakhone Keodara, the CEO of the Asian Entertainment Television has been trying to sue the app, after he saw profiles with phrases like “No Asians” in their taglines.

Initial feedback to Kindr has widely been positive, but some people are hoping that it will look to remove all discrimination, such as fat-shaming, from the app – not just racism.