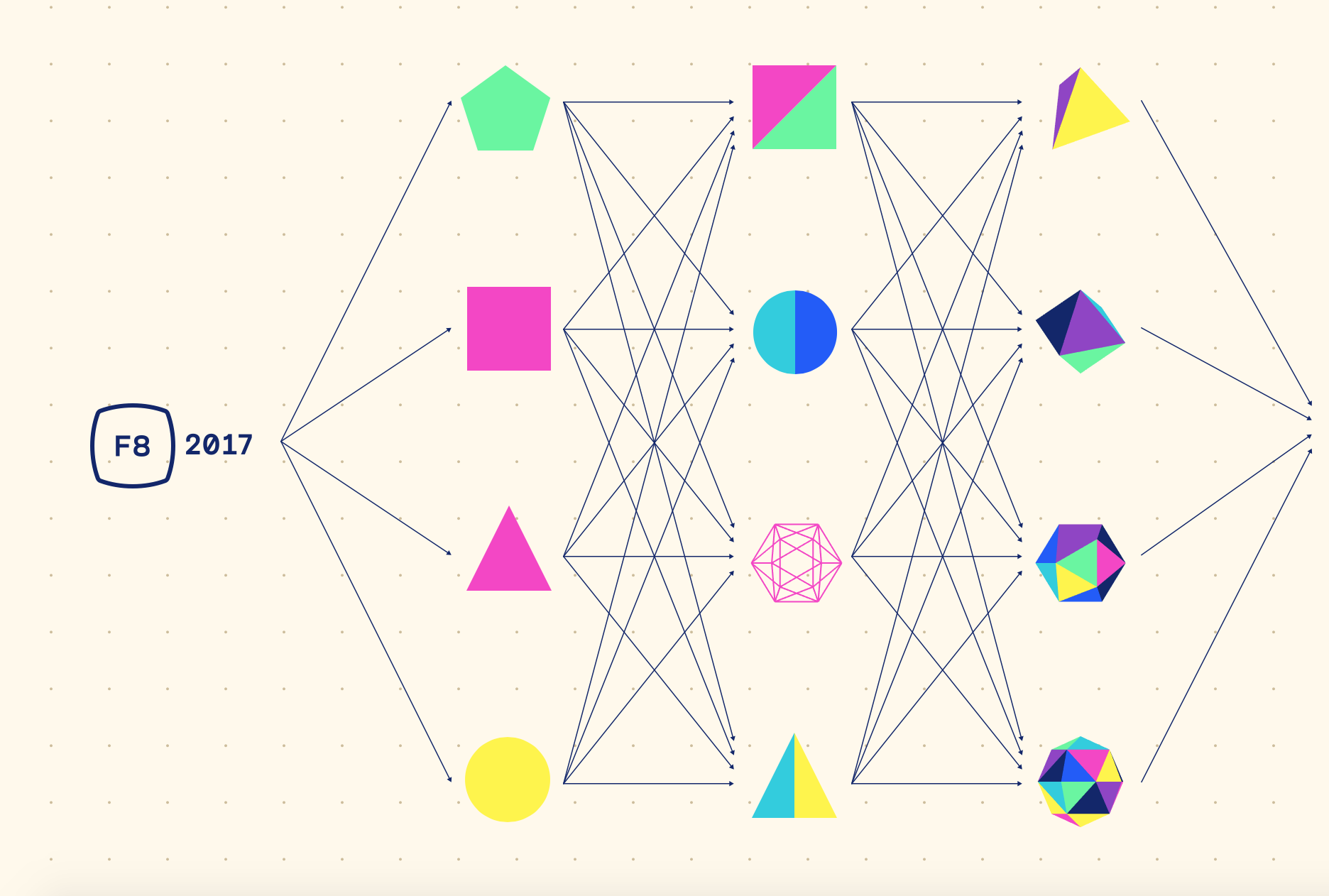 Yesterday at Facebook’s F8 conference, Mark Zuckerberg gave a 90 minute keynote to talk about where Facebook is heading and the new opportunities available to developers and businesses using the platform.

Below, we have listed some of the key technologies Zuckerberg spoke about:

Last year, Facebook launched its bots for Messenger service, which it hoped would enable businesses and customers to communicate better on the platform.

As predicted, Zuckerberg announced a host of updates to the service, including a new Discover tab for bots, which will be displayed on the home screen of the platform.

With the tab, bots will be categorised and users will be able to search (via a search bar) through the database.

Facebook is also expected to be rolling out QR codes for bots, which will open up a new chat with a bot once scanned by the user.

Zuckerberg also announced that bots will be adapted so that groups can connect with businesses’ bots online.

A number of dating companies have begun to roll out Facebook Messenger bots, including European dating giant Meetic, which launched its own bot last July that chats with singles and offers dating advice, helping them to create profiles and even suggest potential dates.

ChatBottle’s best social chatbot of 2016, Foxsy, also saw an opportunity in using bots for matchmaking, seeking to introduce users to new people for both dating and social purposes, sending quick intro messages and setting up private chats between users.

Last week, Facebook revealed another update to its Messenger service, saying that its AI-powered Messenger assistant feature called M was being rolled out to all US users.

M will pick up on conversation topics within open chat messages and suggest actions or possible content via pop-up, clickable buttons.

The Facebook founder said the company will be enabling developers to create frames and filters for the Facebook app’s camera, which will act in a similar way to Snapchat filters.

The platform is also expected to bring in a virtual note feature, which will enable users to view messages by looking through the app’s camera.

For example, someone might leave a virtual note on their fridge to let their partner know where to find something and the recipient can read the message through the camera on the Facebook app.

Tinder’s Sean Rad recently gave his thoughts on how AI and AR could intersect with online dating in the coming years, saying the industry could soon see singles using this technology to help find a date.

Rad predicted that Tinder could also integrate some kind of personal assistant with its service, to recommend matches and help organise offline dates.

Facebook will also be introducing Facebook Spaces – a new app that will give people their own avatar, which they can use to mingle with others in a virtual world.

The platform is expected to use Facebook photos in order to create avatars and will enable users to speak to friends through Messenger, draw and watch 360-degree clips.

Users can choose which of their Facebook photos to create an avatar from, and the platform is said to offer a number of avatar options, which users can choose from and customise.

Zuckerberg also mentioned that Facebook will be introducing a free version of its Workplace platform, which will be called Workplace Standard.

It will offer a very similar experience to the premium version, but without certain features such as analytics, monitoring tools, or workplace admin controls.

To find out more about the F8 conference please click here.