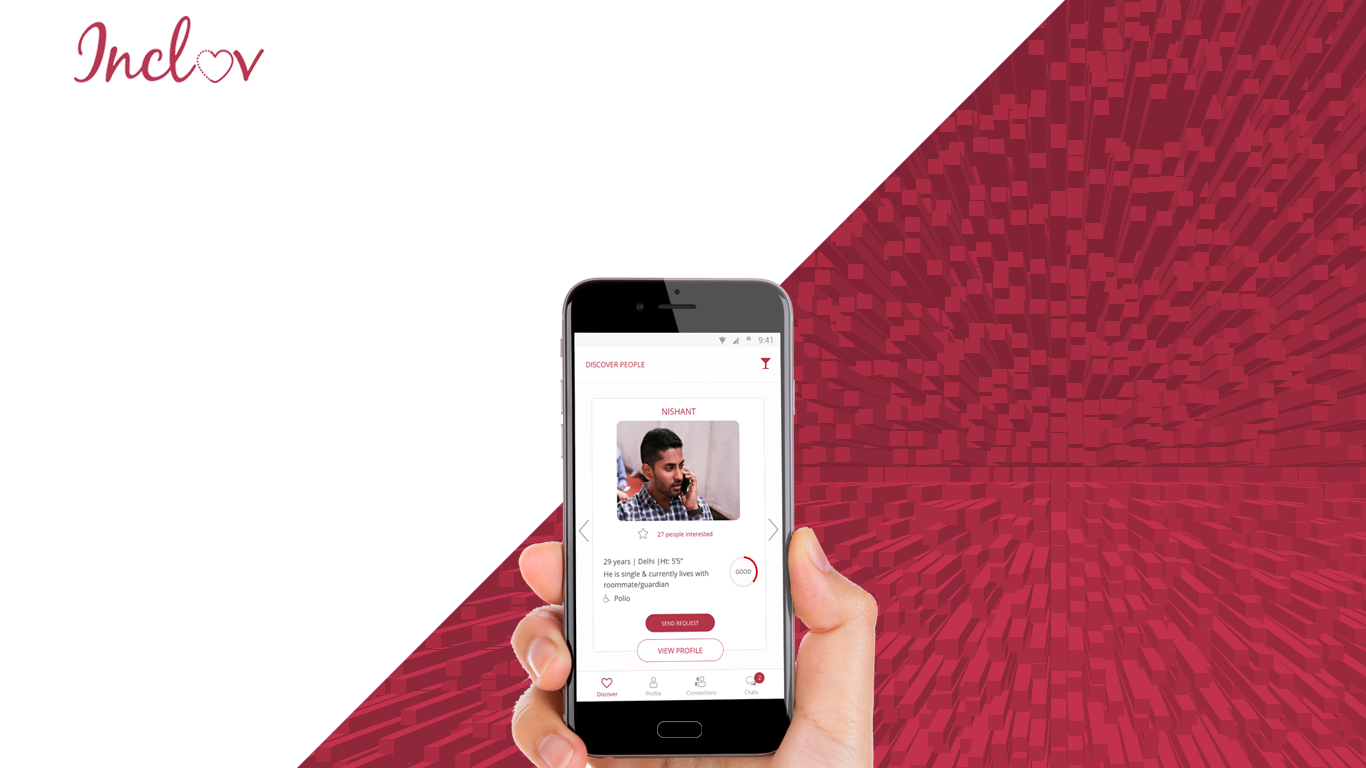 Indian matchmaking app Inclov has confirmed it has raised funding in a pre-Series A round from a set of investors.

Inclov is “the world’s first matchmaking app focused on people with disabilities and health disorders”.

The app was released by Inclov Technologies Pvt. Ltd, which was originally launched as a matchmaking agency, in January 2016.

And according to a top company executive who spoke to VCCircle, the company raised the pre-Series A round from investors including the managing director of Google India Rajan Anandan, former MD of Intel South Asia Debjani Ghosh, founder of Network 18 and Quintillion Media Raghav Bahl, and angel investors Jamil Khatri and Ravi Iyer.

Speaking about the funding, founder Kalyani Khona told VCCircle: “Apart from penetrating deeper into the Indian market, the next landmark for the app is to go global. We are solving a global issue and do not want to be bound by locations.

“The reaction of the Indian market has been a tremendous learning experience for us before we take our app to the international market. The funds raised will be primarily utilised towards product development and geographical expansions in the coming years.”

The company also runs offline events through its Social Spaces meetup platform, which brings together people with disabilities for offline events and meetups.

In June this year,  Inclov ran the country’s first ever inclusive nightclub party for people with disabilities.