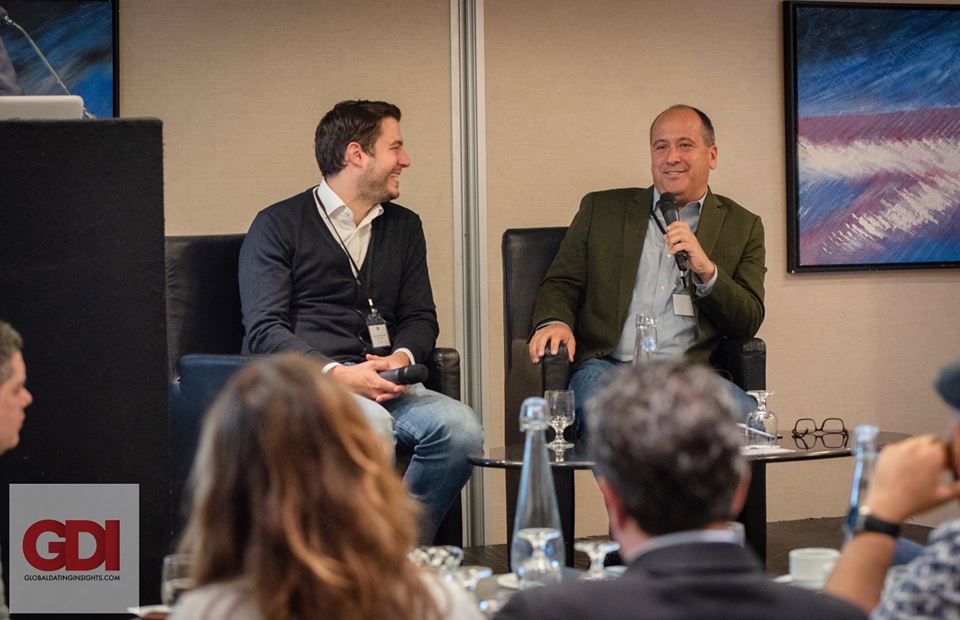 Last week’s event, held in association with Venntro Media Group, SecurionPay and Scamalytics, saw leading professionals and executives from the dating space come together at the Grange St. Paul’s Hotel to discuss the future of the dating industry.

In our first roundup post, we covered five key takeaways from the speaker sessions at GDI London 2018.

Facebook Dating could be a distraction from privacy issues and nothing more, video streaming models continue to look viable, and LGBTQ apps are having a deep think about user wellbeing.

Here, we turn to our two panel discussions. The first saw Michael Schrezenmaier, COO of Spark Networks and Jim Bugden, CFO of The Meet Group talk about going public and operating a large company day-to-day. The second featured Jdate Global Ambassador David Yarus, Single Muslim CEO Adeem Younis, and Christian Connection CEO Jackie Elton. It zeroed in on how religion and online dating were being integrated in 2018.

A takeaway from the first session was that conducting an IPO and integrating new companies simultaneously is a major undertaking, with both panellists taking us through their histories and how the changes impacted the executive experience.

On how centralised or decentralised operations were across the different brands, Bugden said that The Meet Group was focused on integrating products but keeping the marketing and user base separate. LOVOO has a strong presence in Germany, and it would be best to keep that advantage.

The religion panel, held as one of our final sessions, explored the ways in which running a religious brand is different to running another niche site.

We learned that parental pressure to partner up within a faith is a major consideration that other niches may not need to think about, and that some apps have integrated this into their product.

Panellists also explored how the dating calendar looks different in different faiths, with Younis noting that activity spikes after sundown during Ramadan.