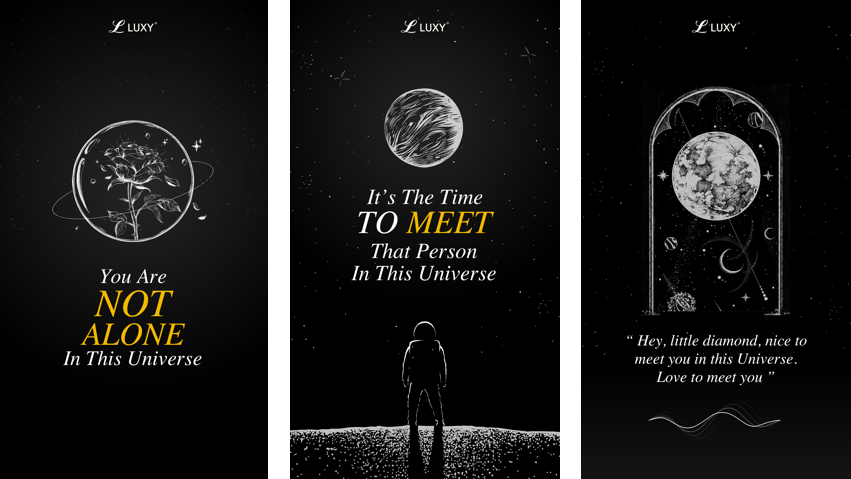 Luxy, a dating platform for high-value singles, has launched a new feature that encourages blind dating with a twist. Users will be able to send out voice notes, like messages in a bottle, to random users who can choose to respond.

The feature, named “Planet Blind Box” and launched on October 11th, takes place in a virtual universe. Each user will start floating in space, receiving these voice messages from the surrounding universe. After responding to one, users will then have a home planet to create messages of their own.

“Luxy’s goal with the planet blind dating event is to connect people with each other. Especially, if there are times and someone feels lonely, they are able to talk to the universe and receive messages”, says Tim T, founder of Luxy.

In the first 24 hours, more than 5,000 people have sent and received voice messages on the Planet Blind Box. The event is scheduled to run through mid-November. People can join via the Luxy app, or head to Luxy’s Instagram page.