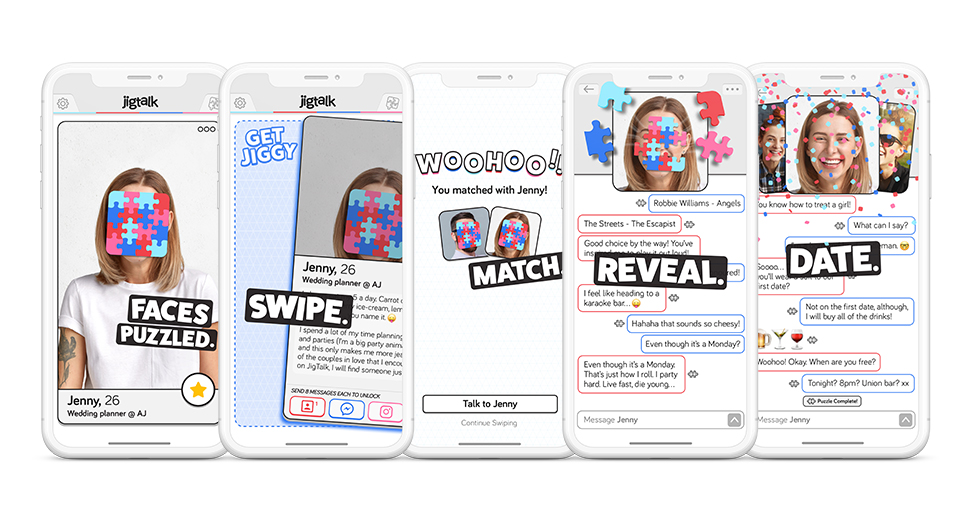 JigTalk, the dating app which covers singles’ faces in puzzle pieces while they get to know one another, has appointed a new non-executive director in Christina Mills.

The hire comes after the dating startup announced $1 million in funding this January following a round led by Apadmi Ventures.

Christopher Edmonds, former global MD of technology for JP Morgan and Morgan Stanley, was named as Chairman following the investment.

CEO Alex Durrant said: “It’s a pleasure to announce Christina as the newest member of our board.

“Christina’s skills and experience will be invaluable in raising our profile and our ambitious plans for international growth.”

Mills commented: “I’m thrilled to be appointed as a non-executive director of JigTalk, helping to develop the potential of this smart concept.”

“Covering users’ faces in a jigsaw puzzle that gradually gets unveiled as daters exchange messages is so simple, and so much more authentic than the other stuff out there.

“This is really going to shake up the dating app scene.”