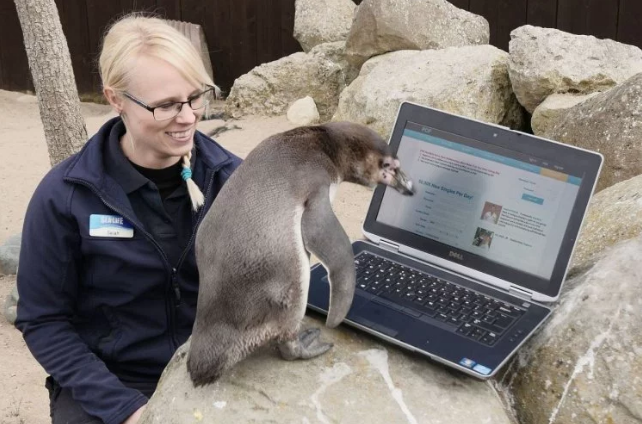 A penguin at Weymouth Sea Life Centre in Dorset has been added to PlentyOfFish in an effort to help him find a mate.

Spruce is a one-year-old Humboldt penguin, and despite being young, his keepers said he is keen to meet a match.

So, Spruce’s carer Sarah Everett decided to set up a profile for the penguin on dating site PlentyOfFish, in the hope that other penguin keepers across the world will get in touch.

She is also calling for people to share his profile in order to raise awareness.

“I really want to see Spruce settle down with the right girl and after searches for potential mates at other Sea Life centres proved fruitless I thought it was time to look further afield.” Spruce’s Plenty of Fish profile says he is looking for “a partner for life who I can make some little chicks with, as I’m a family man at heart”, and includes information such as his interest in “seafood and swimming” and that he is a “non-smoker with an athletic body type, under 5ft”.

Everett said: “It would be nice for Spruce to have another single penguin to spend his time with, rather than his keepers.

“I really want to see Spruce settle down with the right girl and after searches for potential mates at other Sea Life centres proved fruitless I thought it was time to look further afield.”

Spruce isn’t the first animal to have a profile on a dating app – back in April it was announced that the last male northern white rhino in existence, Sudan, had been added to Tinder.

The Ol Pejeta Conservancy hoped the profile would help them raise enough money to fund research into assisted reproductive techniques, such as in-vitro fertilization (IVF), to try and build up northern white rhino numbers.