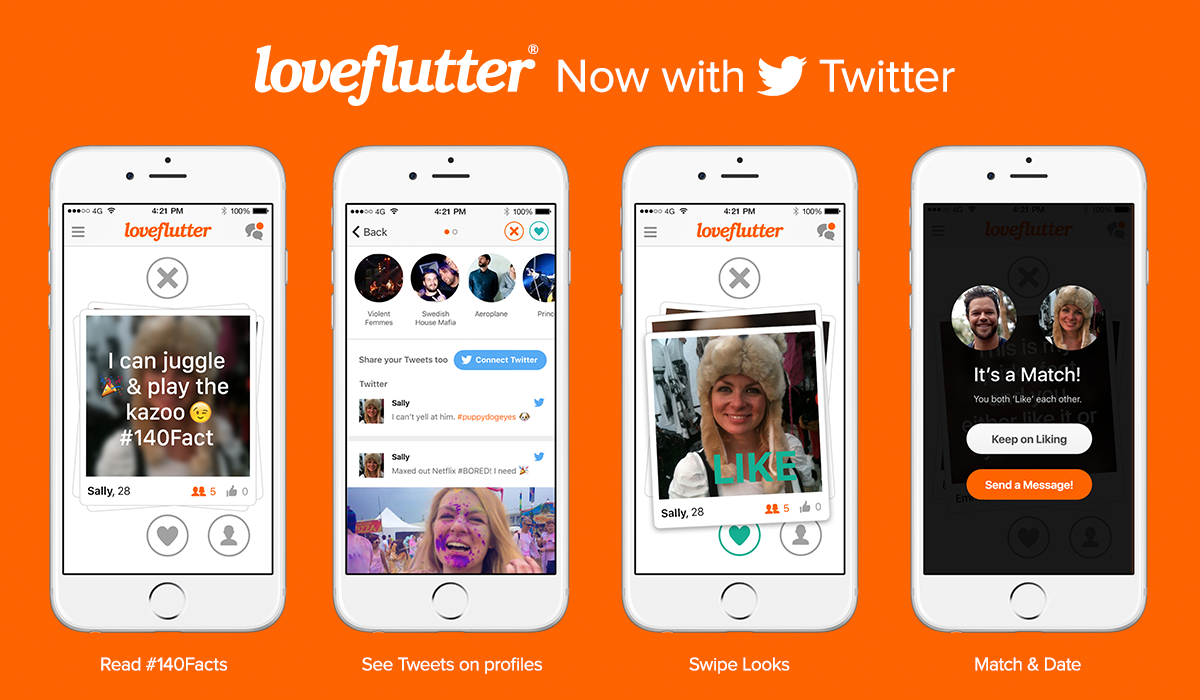 It’s been just over two years since we’ve heard from Loveflutter, the UK dating startup who made waves with its “paper bag” singles events and quirky entrance test.

This week, the dating brand has announced its return to the online dating fold with an updated product centred around an integration with Twitter.

The app lets singles add their 10 most recent tweets to their dating profile, by linking their Twitter account to the dating app.

These tweets will be complimented by six profile pictures, a 140-character fact, personal details like work, education and politics, and information on any shared mutual interests or friends. The pairing is similar to the integrations dating apps like Tinder and Hinge have made with Instagram, or those made with Spotify – an added element to give profiles a more rounded and personal touch.

In a blog post announcing the release, the dating company said: “Spontaneous, opinionated, clever and funny, tweets offer a revealing glimpse into your personality – it’s the real, unfiltered you and the opposite of a polished Instagram feed other dating apps rely upon.”

To try and prove this, Loveflutter teamed up with Toronto-based language scientists Receptiviti AI to build a tool that analyses your personality based on your Twitter account.

Called Analyze140, the online tool looks at your use of the social media platform and delivers a “psychology snapshot”, rating your personality on things like openness, extraversion and independence, and offering some chat-up advice based on the results. Speaking about their work together, the co-founder of Receptiviti AI, Professor James Pennebaker, said: “The frequency of certain words in tweets, such as pronouns, can reveal a person’s emotional, social and thinking style. Each entry is like a fingerprint.”

Obviously there are some privacy implications of surfacing your tweets to the user base of a dating app, but Loveflutter has tried to compensate by not including anyone’s Twitter handle or full name.

As has been pointed out though, someone could still Google the tweets, or search them on Twitter, if they wanted to find the account. According to Loveflutter, this revamp is the first project from Loveflutter Labs, a new R&D unit that “taps into a global collective of science partners and experts.”