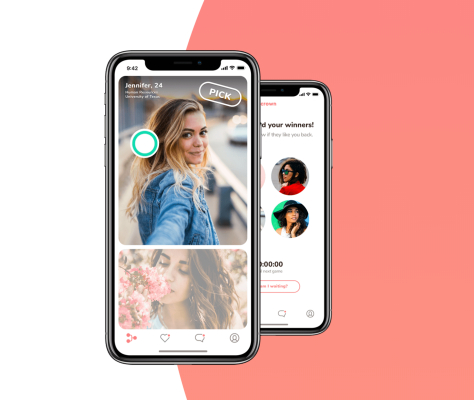 Crown is the latest project to launch from Match Group and is a new dating app that turns matches into a game.

Crown won Match Group’s “ideathon” and was then developed by a team of millennial women, with the goal of serving women’s needs in particular.

Match Group scientific advisor Dr. Helen Fisher explained to Wired: “The more you look and look for a partner the more likely it is that you’ll end up with nobody…It’s called cognitive overload.

“There is a natural human predisposition to keep looking—to find something better. And with so many alternatives and opportunities for better mates in the online world, it’s easy to get into an addictive mode.”

The app works by presenting 16 curated matches, which are picked by a mysterious algorithm everyday at noon.

Users will then move through the matches by choosing who they like the most between two people at a time.

The screen will display two photos and the user will have to “crown” the winner. This process repeats with two people shown at the same time, until the user reaches the “Final Four.” The winners will then be given the opportunity to chat, or they can choose to pass.

Andy Chen, Match Group’s Vice President said: “It’s like a ‘Bachelorette’-style process of elimination that helps users choose between quality over quantity. Research shows that the human brain can only track a set number of relationships…and technology has not helped us increase this limit.

“When choosing one person over another, there is always a winner. The experience actually encourages a user playing the game to find reasons to say yes.”

Crown has been live in a limited beta for a few months but has now officially launched in LA with more cities to come.