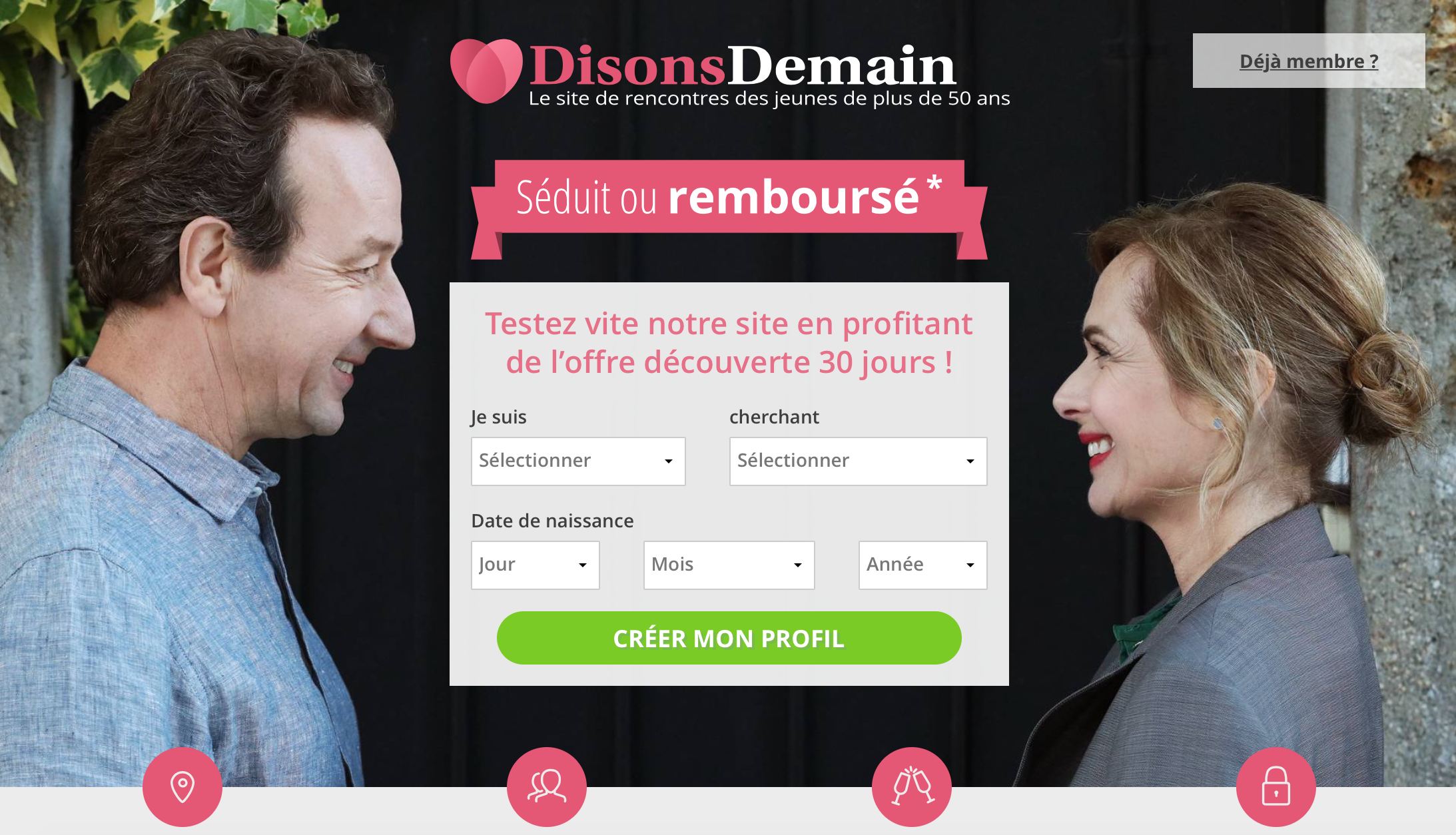 Meetic has just launched a new site for the over-50s market called DisonsDemain.

The new platform seeks to connect singles over 50 using both its online desktop and mobile app, and with offline events and activities.

These activities include specific evenings, dinners or organised weekends across France, and are open to all users of the site.

After signing up, members of DisonsDemain have to add a profile picture and answer around 20 basic questions to help match them up with similar users.

The functionality of the site is very similar to that of Meetic, and although singles can sign up for free, they must pay a subscription to message other members.

DisonsDemain is currently offering a six month subscription for €18 a month, but the standard monthly fee sits at €45. With the release, Meetic has also launched a TV and radio campaign created by Buzzman, which started broadcasting across France on 23rd May.

In a release announcing the launch, Meetic said it was part of a strategy of diversification from Meetic and the Match Group.

The launch was alluded to in Match Group’s Q1 results call, where Meetic posted its fifth consecutive quarter of YoY growth, CEO Greg Blatt saying the new product was “more than a little app that we throw out there and see what happens.”

The potential market is big – there were over 9m unmarried people over-50 in France in 2013, according to Eurostat.

In addition to this, the rate of divorces has multiplied by nine times over the past 40 years.

Older people are also more willing to try online dating, Ipsos research finding that the percentage of older people who are interested in trying online dating has risen from 29% in 2013, to 46% in 2015.

Check out the DisonsDemain TV spot below.