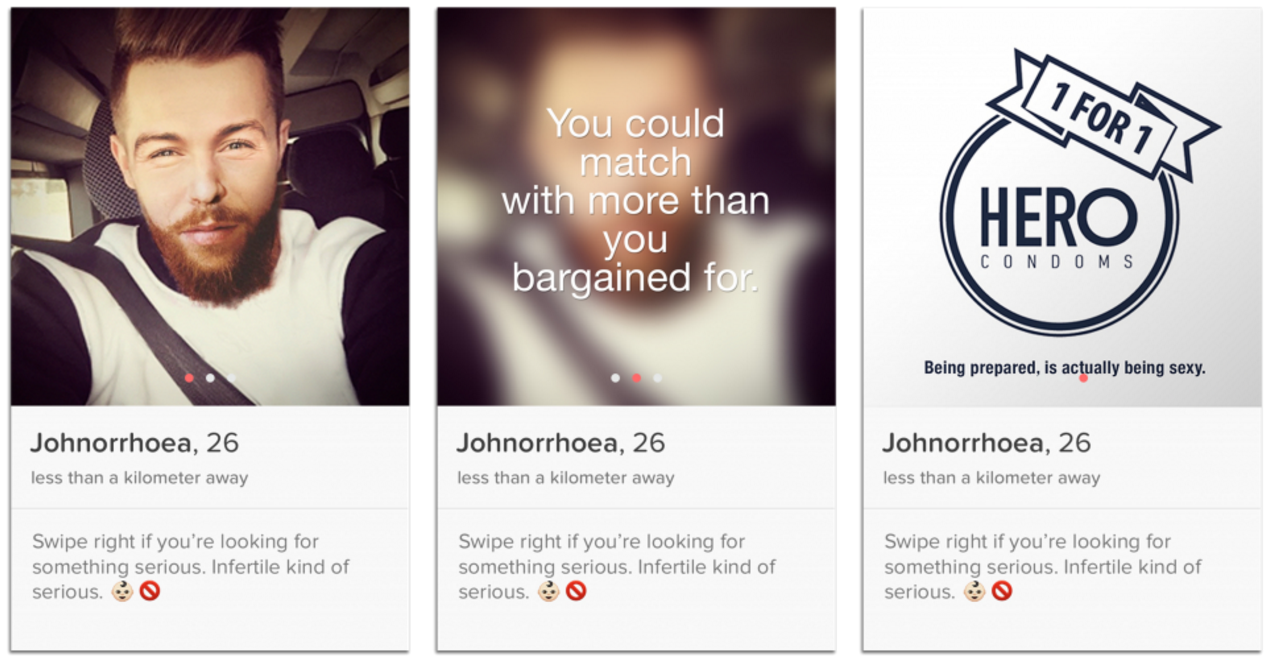 An interesting new advertising campaign by a condom company is spreading the message of safe sex among Tinder users, by creating personified dating profiles for different STIs.

Australian company HERO has recently teamed up with artist and creator of Straya Cash, Aaron Tyler, to create Tinder profiles for common STIs in an effort to reach out to users to remind them to use a condom.

HERO has designed male and female profiles for common infections, including chlamydia, gonorrhoea and AIDS, writing specific bios for each – which contain information about the symptoms and side effects.

The company used the names of different infections to come up with male and female variations, using Chlaramydia and Chadmydia to represent Chlamydia. Once created, the profiles were uploaded to Facebook and then to the app, where other users began swiping right and matching with the STI profiles.

According to HERO, they saw a range of responses to the profiles, with some instantly noticing their purpose, and others attempting to arrange a date.

Commenting on the campaign, HERO CMO David Wommelsdorff said: “Critical to our efforts to reach youth and to destigmatise the use of condoms, is to encourage young people that — being prepared is actually being sexy.

“Carrying a condom should not be seen in anyway a sign of bravado or promiscuity but rather a symbol that you as an individual are in charge of your own sexual health and that of your partner/s”. In the last year or so, there has been an increase in claims that dating apps like Tinder are responsible for a rise in STDs among young people.

Last September, Tinder & Grindr were targeted by a charity billboard campaign that said that users of hookup apps should get tested for STDs.

The billboard showed two figures, one printed with a Tinder logo, the other with a Grindr logo, kissing two silhouettes branded with the words chlamydia and gonorrhoea.

However Tinder recently responded to such claims well, taking some positive steps towards raising awareness and promoting safe sex by adding a Health Safety section to its website & app, as well as an STD test locator.

Find out more about the new ad campaign here.