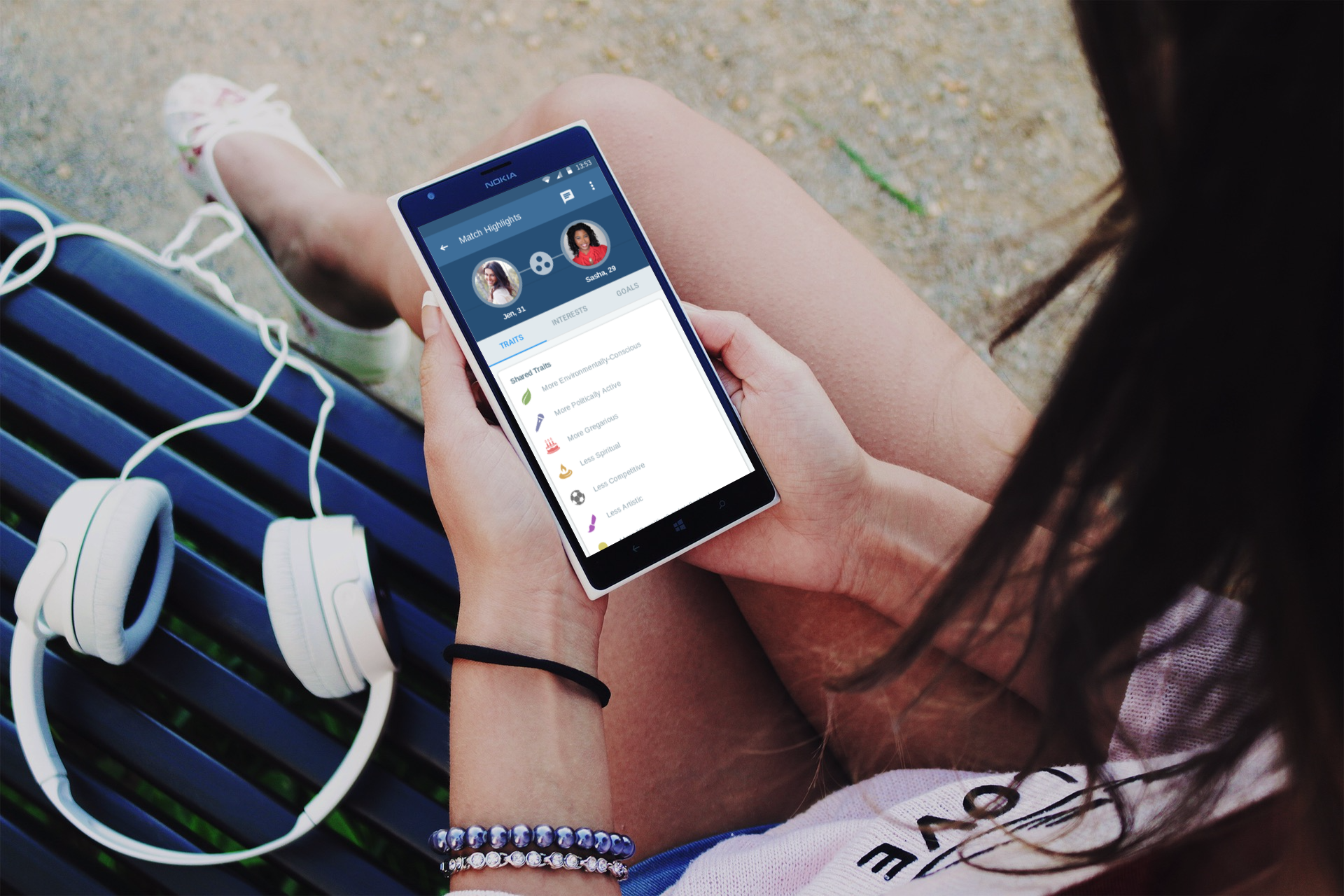 In February 2017, Bill Gates was asked in a Reddit AMA what he thought was the most pressing issue that could feasibly be solved in the next 10 years.

In response, the 61-year-old Microsoft co-founder said: “A lot of people feel a sense of isolation. I still wonder if digital tools can help people find opportunities to get together with others – not Tinder but more like adults who want to mentor kids or hang out with each other.”

Because online dating services connect together people who don’t know each other, a variation on this type of product is what comes to mind when you picture what this sort of social connection tool might look like.

And online dating brands have put feelers out into this platonic social space before – Tinder launched Tinder Social in July 2016, a social feature recently described as “not hugely impactful” by CEO Greg Blatt, Bumble released a friend-finding tool called BFF last year, and OkCupid even toyed with a roommate-finding service in 2012.

There have also been companies who have used the profiles and swiping framework of dating apps, but for platonic purposes, like Tinder-backed Hey! VINA – a social app with $1.4m in funding that connects together women, and doesn’t admit men.

For despite the surface similarities between dating and friendship services, one of the most pressing issues for an aspiring friend-finding product lies in distinguishing itself from a dating platform, and ensuring it isn’t used for those purposes.

A new app released earlier this year called Me3 has its own take on solving this problem.

Me3 is a social app that connects together likeminded people in the name of friendship.

Describing the product as “a mix of Tinder and OkCupid but for friendships only”, the app debuted in New York City this April, and has this month launched new versions for both iOS and Android.

This is how it works – first, the app asks you to swipe through a series of “statement cards”, that offer various statements you can either agree with, disagree with, or say you are neutral about.

These cards are designed to give the app’s matching system an insight into your personality, and range from: “I’d like to try new and fun ways of exercising”, “God is an important part of my life”, “I like deep and intellectual conversations”, to “I’m very careful with how I spend my money”, and “I prefer to live in an ethnically diverse community”.

After it learns about your interests and personality, Me3 then forms you into group chats with other people you are compatible with.

Called Tribes, these groups chats are always made up of three people.

Asked why this was chosen as the ideal group size, Julian Ilson, the founder and CEO of Me3, told GDI: “Three truly is the perfect number when it comes to making new friends. When two people decide they want to get to know each other, it can quickly feel like an awkward date.

“But when three people want to get to know each other, it’s an exciting get-together where the dynamic is totally different. Way less pressure to contribute, and much more space to be yourself.”

In addition to being made up of three people, in order to “remove the dating motive that has plagued other friendship apps”, the groups also currently only contain people of the same gender.

Founder Ilson said this choice was “mainly for our women users” who had reported being accosted online, and were “tired of unwanted and unsolicited attention.”

However, this aspect has attracted criticism from some users, who were “disappointed with the binary nature” of the app’s groups.

In response, Ilson said: “We are really sorry if this move doesn’t represent all our members in terms of identity and sexuality, and we are also very aware that most people have only good intentions. We made this decision based on feedback from our pilot users last year and from our female friends in general.

As he says, one of the issues friendship/social apps encounter is that they want to avoid running the risk of becoming just another dating app, yet face not being inclusive by splitting (or simply removing one of) the sexes as a solution – a route Hey! VINA and Bumble also chose.

Another area where Me3 aims to set itself apart from dating apps is that all profiles on the app are private.

Rather than employing a public swiping system, the app relies on its interest-based and self-learning algorithm to match users into Tribes.

Me3 was created by CEO Julian Ilson, a serial entrepreneur from Montreal, and CTO Emanuel Petre, a Romanian-born full-stack developer.

Speaking about why he wanted to create the app, Julian Ilson said: “The reality is that it becomes increasingly difficult to develop new friendships as we grow older. The result is a loneliness epidemic that afflicting adults of all ages.

“There is a growing mountain of evidence about the pernicious effects and the pervasiveness of loneliness. Almost every study conducted on happiness concludes that the single strongest determinant of overall happiness is the quality of one’s relationship.

“So we’re on a mission to make ‘the pursuit of happiness’—our most poetic but elusive right—a much more concrete and attainable prospect for anyone. We’ve decided to build what we think is the easiest, most effective and scalable way to combat this trend.

“Unlike most dating apps masquerading as a friendship apps, people on Me3 are matched depending on factors that actually matter for friendship compatibility, like personality, lifestyle, beliefs and interests.”

When it debuted earlier this year, the friend-finding service initially employed a threshold launch strategy – going live in new locations when 500 users had signed up in a particular city.

After the threshold is reached, a countdown begins that ends when Me3’s algorithm has matched every user in that vicinity into a Tribe.

The app first launched in New York City in April, quickly hitting its threshold and forming over 1,000 Tribes in the city by June.

But by this time, the app had received over 40,000 downloads and 1.5m statement card swipes from users around the world, so the team decided to open up the formation of Tribes outside of New York, even in those cities it hadn’t launched in yet.

To help this global release, Me3 released a feature called “Expedition Mode“, which increases your search radius so you can be matched into Tribes with those who live further afield.

In terms of next steps, Ilson said the team plans on focusing on user growth, as well as giving users more control over their radius, adding on-demand Tribes, and further integrating its machine learning algorithm.