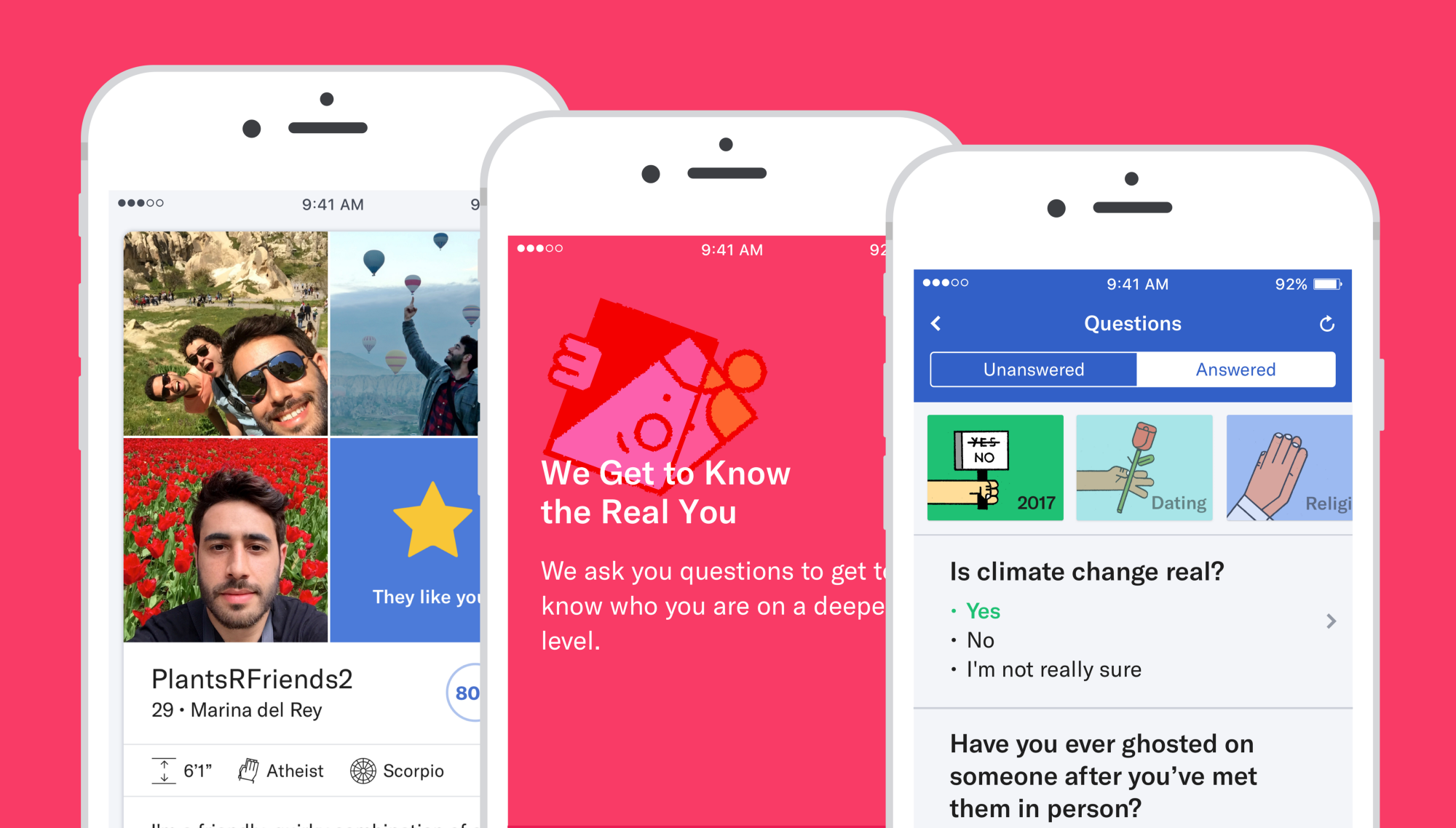 Two new product changes have come to OkCupid, ahead of a new “illustration-themed” redesign that will launch next month.

The first update is the addition of a new set of topical questions for 2017.

OkCupid suggests some of these questions may well be deal-breakers, calling them the “things you want to know a person’s stance on before you meet them.”

The second update is a new feature called DoubleTake, which seeks to bring a deeper level of understanding and personality to the fast-paced swiping process.

The feature shows a collage of your photos, along with key personality highlights in your profile card, so singles get a better picture of what you are like, before swiping. OkCupid said the feature aims to “convey your individuality — whether that means showcasing a love for politics, craft beer, dogs, the outdoors, or art — so you can connect with people you’ll actually click with in real life.”

The beta launch of the DoubleTake feature found that slowing down the swiping process led to better connections, OkCupid said, with mutual matches on the app tripling during the test phase.

OkCupid CEO Elie Seidman said: “With DoubleTake, we show many more facets of a person — we’re showing what makes people tick so that you’ll have better dates and better relationships.

“OkCupid has always been a place for interesting people who want to connect based on something more than just looks, because every person has a story. Instead of helping members speed up, our DoubleTake feature slows them down — so that they can appreciate each other’s individuality.”

The company also announced that next month it will debut a new look that will feature illustrations by Berlin-based artist Jay Daniel Wright.

The artist’s work, which has been featured in The New York Times, Die Ziet, and Bloomberg Businessweek, will be added to the app alongside new typography and a “bolder, cleaner aesthetic”.

Seidman said: “OkCupid welcomes a vibrant community of progressive, innovative individuals. We wanted our new design to reflect that, and also represent the individuality of OkCupid, too.”