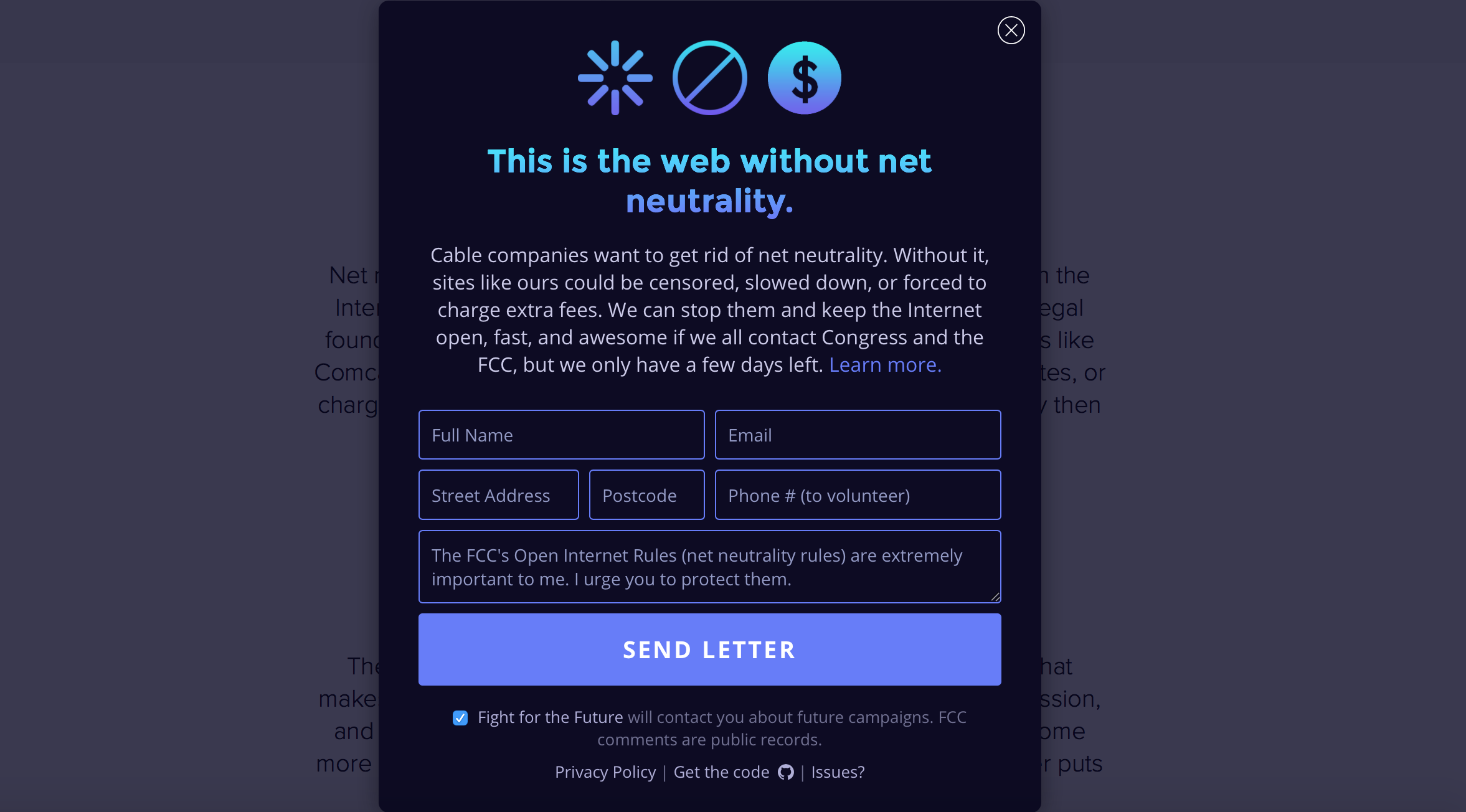 Today, companies including Amazon, Google and OkCupid have come together for a day of action to support net neutrality.

The day of protest will see these companies and organisations try to mobilise users to push back against government plans to scrap net neutrality rules.

The FCC proposal, due on 17th July, is expected to seek the overhaul of the 2015 Open Internet Order, which established the concept of net neutrality.

And today’s day of action, organised by Fight for the Future, Free Press Action Fund and Demand Progress, is an attempt to stop any such legislation.

Michael Beckerman, the President & CEO of the Internet Association said: “The internet is a place where the best ideas, products, and services can compete on an even playing field.

“Without strong, enforceable net neutrality rules in place, innovation online will be stifled, consumers will have fewer and worse choices across the web, and the next generation of ground-breaking websites and apps will never come to be.”

Today, sites around the world will display a prominent alert on their homepage that “shows the world what the web will look like without net neutrality.”

This could feature one of three notices – the “spinning wheel of death”, “blocked”, or “upgrade” alerts – and will encourage users to send a letter to the FCC and Congress in support of net neutrality.

For its part, OkCupid will be sending users a message encouraging them to register their support via Battle for the Net’s website.

“Net neutrality ensures our consumers continue to have the freedom to find that special someone by making sure that users won’t be shut off or slowed down when using our services.

“It also ensures continued innovation in the dating space for new products and services to be offered, regardless of the size and resources of the companies that come up with the ideas.

“We are proud to work with the Internet Association and others to support net neutrality.”

Find out more about the day of action here.