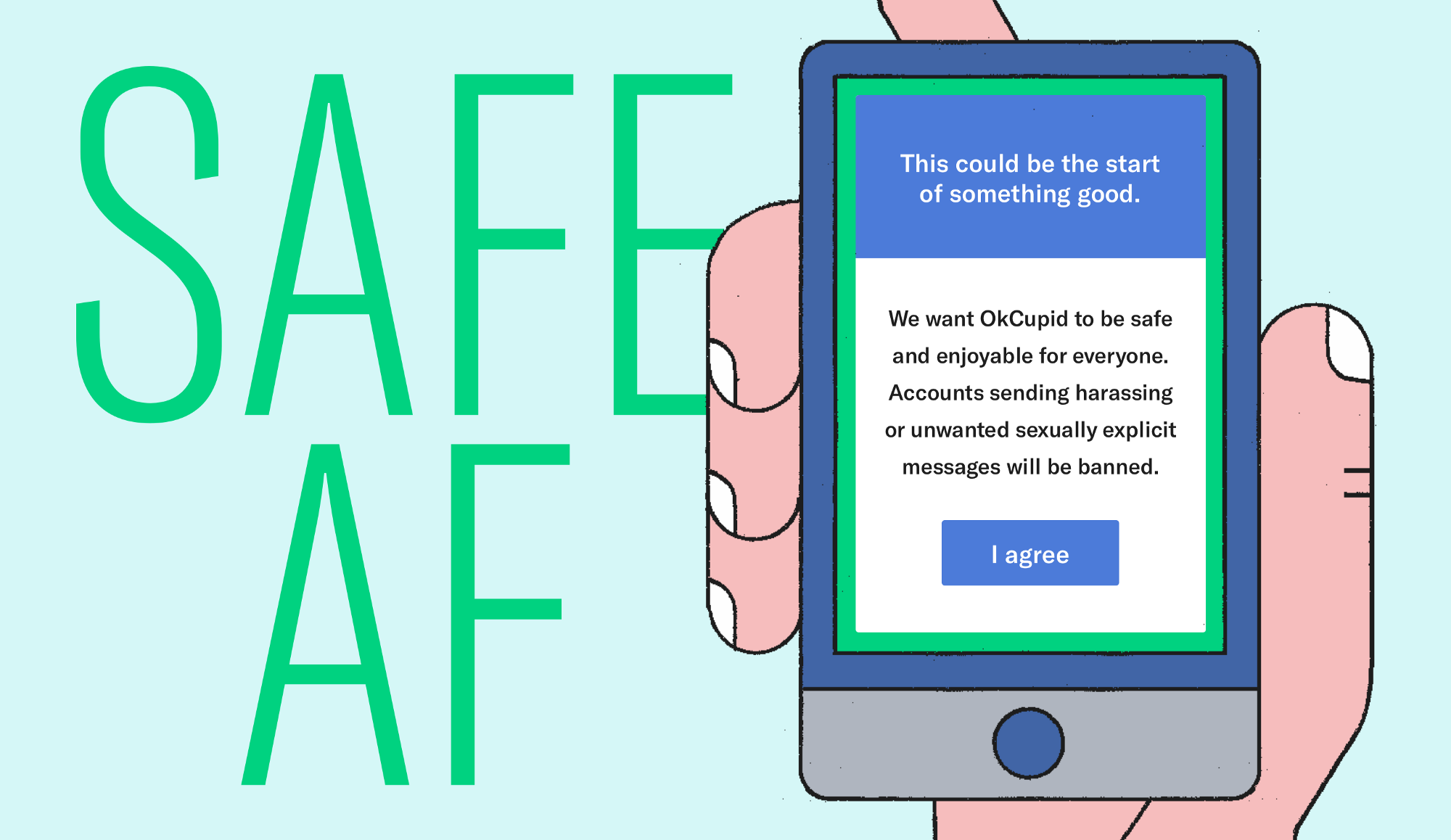 OkCupid is taking a stand against unwanted sexually explicit messages on the platform.

The dating company yesterday announced a new OkCupid Member Pledge that will ask users to agree not to send “any harassing or unwanted, sexually explicit messages”.

All members must now agree to this pledge before they can interact with the OkCupid community across the site and on the latest version of its app.

In a blog post, OkCupid said it was the first dating app to introduce such a pledge.

OkCupid CEO Elie Seidman said: “While we rely in large part on our iconic questions to create potentially meaningful connections, it’s the people on either end of the app who ultimately have to cultivate a spark.

“With the Member Pledge, we’re putting the power in our daters’ hands. This new feature reminds our members that, if you wouldn’t say it to someone you just met at a bar, you shouldn’t be saying it online.”

If anyone who agrees to the pledge then breaks its terms, OkCupid said it will ban the account.

OkCupid’s employs both machine-learning technology and a support & moderation team to monitor and detect harmful messages, as well as a user reporting process.

Clinical psychologist Dr. Belisa Vranich said: “Pledges work. Studies show that pledges made publicly are more effective, and specific pledges yield better adherence than those that are not.”

Last month, OkCupid removed a key part of its dating platform, getting rid of the Visitors section on the platform that showed users who had visited their profile.