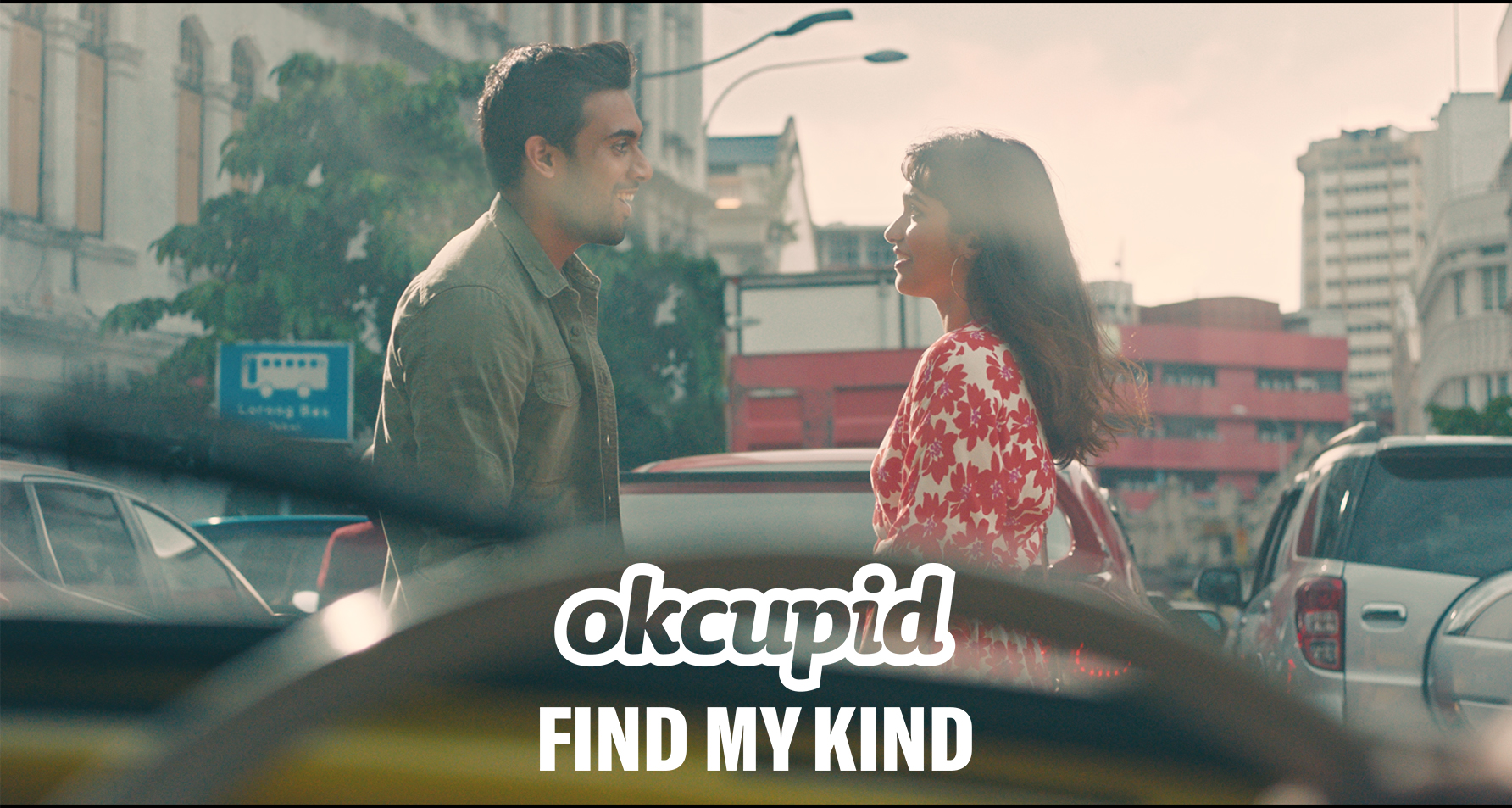 OkCupid has rolled out its first 360-degree marketing campaign in India, seeking to promote the dating app as a space for young adults to find their perfect match.

‘Find My Kind’ is designed to resonate with a generation of Indians who are becoming more accustomed to freedom of choice when it comes to their dating lives. Rather than being told who to date by family and friends, singles are now looking for partners based on their own preferences.

The campaign is multi-format, with television spots on English-speaking channels, print advertising in magazines, billboards and pushes from social media influencers all featuring.

A short video has been produced as the centrepiece of ‘Find My Kind’. Therein, a young woman avoids being set up by her parents while a young man also leaves a blind date arranged by his friends.

The pair use OkCupid to answer questions about specific parts of their personalities and the app sets them up as a 93% match, proving that they have found ‘their kind’.

“By expressing the real possibility of living on their own terms with clear intent and filtering, OkCupid celebrates people who are expressing their own preferences in this important decision.”

Recent research from OkCupid found that 92% of Indians don’t believe their preferences correspond with their parents’, and 79% say the same about their friends.

An all-female comedy tour was also announced to run alongside the new marketing campaign. Five established comedians will tell stories about their past dating and romantic experiences when performing ‘OkCupid, My Kind of Funny’, in Mumbai, Bangalore and Delhi.

CMO Melissa Hobley told GDI: India has a tradition of ’matrimonial listings’ in newspapers. These are often regressive, demanding beauty and housekeeping skills from women and the means to afford a family from a man as the only qualifications.

“With ‘Find My Kind’ we question these reductive standards by running an outdoor campaign and placing quirky contextual inserts on matrimonial pages of mainline newspapers.”