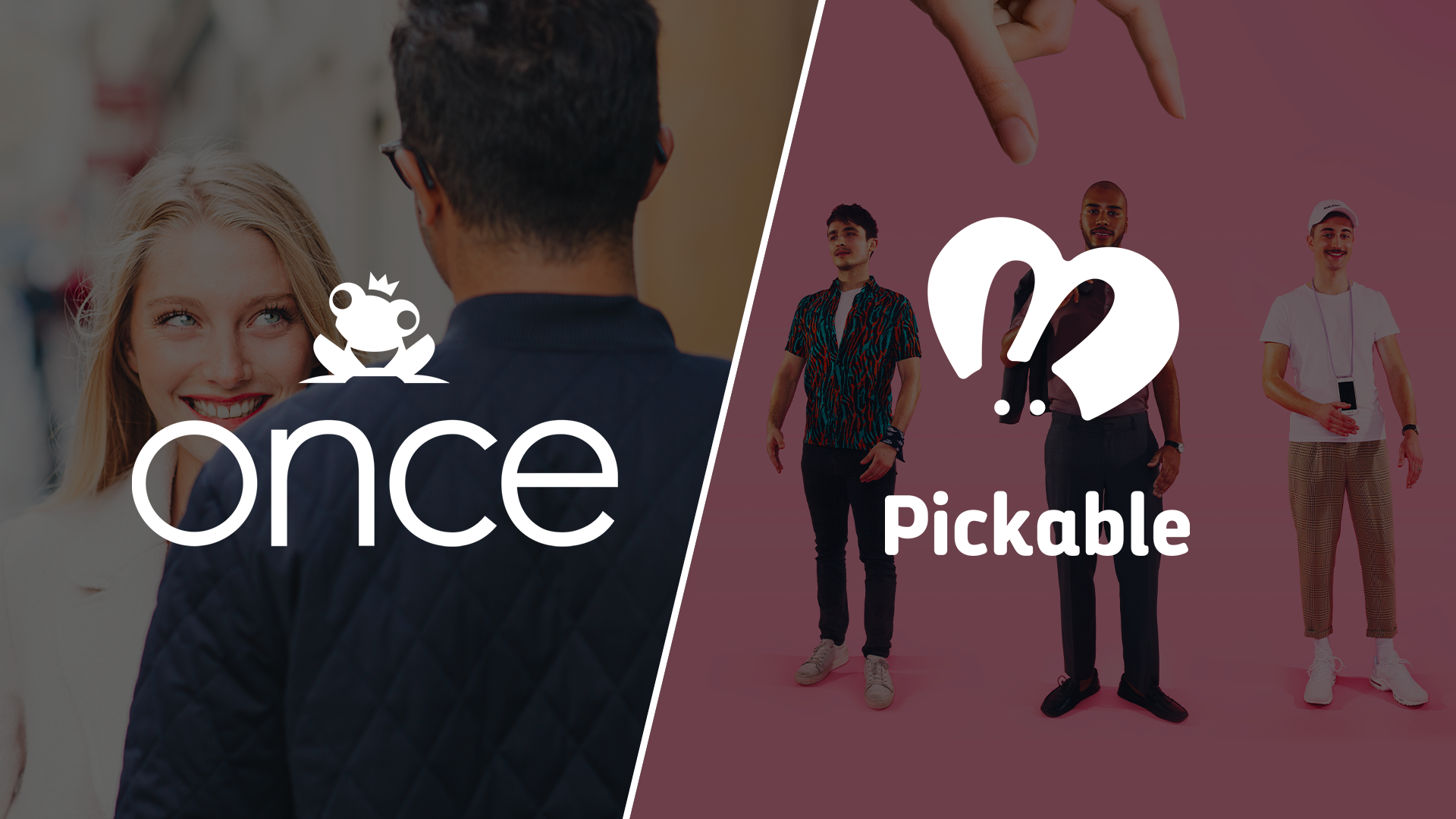 Once, the fast-growing app for Slow Dating, has moved to integrate new brand Pickable and announced the formation of Once Dating Group this week.

Pickable has seen a high level of recent success, acquiring one million global users and landing an App Store ‘App of The Day’ accolade last month. The platform allows female users to browse without building profiles, giving them full anonymity and privacy.

The new group will also house Once Again, a spin-off service targeted at senior singles in Europe.

Jean Meyer, Founder, and CEO of Once Dating Group, says: “Once has enjoyed global success since its inception four years ago.

“This is because we stay true to our core focus of developing innovative and unique dating propositions that creatively solve important issues, whilst making romance blossom.

“Pickable has a clearly defined user offering and has seen impressive traction since its launch and fits our ethos perfectly.”

Clémentine Lalande, CEO of Pickable, says: “Joining the Once family will enable us to scale-up and introduce the Pickable concept to more people in more countries faster. Our teams complement each other perfectly and we share common visions and values.

“The formation of the Once Dating Group will certainly shake up the dating industry.”

Speaking to GDI in April, Meyer revealed that he was aiming for 1.5 million MAU under the Once umbrella by the end of 2019. He added that Once and Once Again will benefit from an integrated tech stack and marketing synergies.

The next radical innovation in dating, according to the entrepreneur, will come when the hardware changes. Wearable tech, VR and AR may be key areas in the decade to come.