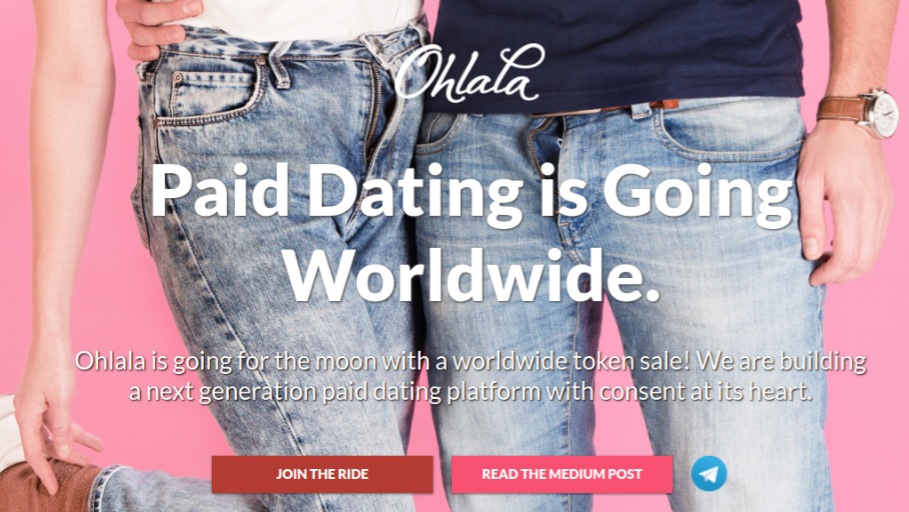 The ICO will run for 2-3 months. CEO Pia Poppenreiter hopes the funding will enable her team to build a consent-focused, pay-to-date app.

Ohlala’s male users pay women to go on dates. The app is open about the connection to prostitution, and one of its stated aims is to reduce the stigma around sex work.

Part of the approach will be the establishment of a “Dating Education Foundation”. The initiative will seek to “take our paid dating revolution worldwide albeit with a renewed sense of purpose which is driven by data and our desire to maximize human well being”.

Poppenreiter outlines her vision for the Ohlala and the associated foundation in a Medium post here.

She says: “We will replace cash with tokens and a hand shake with a smart contract that guarantees consent electronically.”

“(…) Consent, which in the world of sex work is a verbal agreement with few legal protections, can automatically become a legal contract with all consenting adults electronically signing it just by clicking ‘agree’.”

“This will be done entirely automatically. The system detects the user’s intentions with language recognition software and it prepares a smart contract accordingly.”