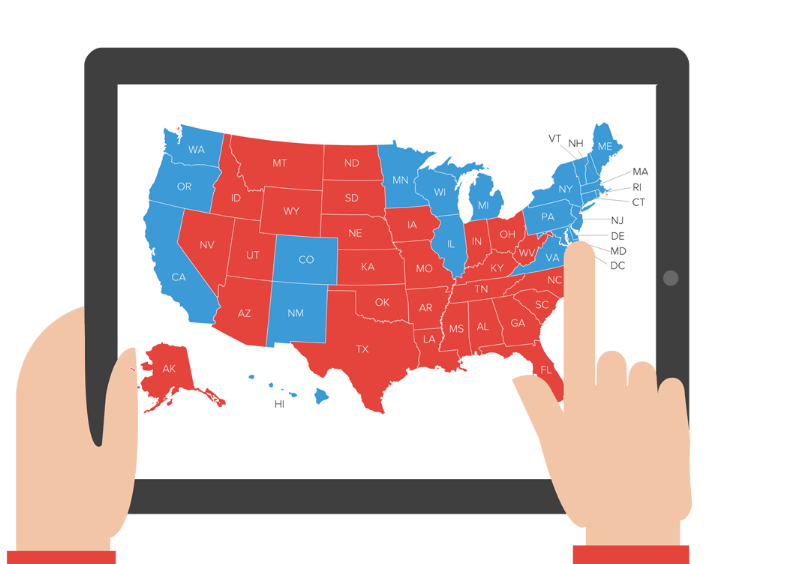 Ahead of next week’s US Presidential election, Liftoff conducted a survey to find out how mobile marketing trends differ across red (Republican), blue (Democratic) and swing states (undecided).

And interestingly, prices changed depending on which way a state is expected to vote next week, with mobile apps paying as much as 22% more to acquire subscribers in swing states, compared to those in red and blue states.

In terms of the state-specific results, the country’s capital and expected blue-voting state, Washington DC, was found to have the highest in-app purchase rate at 91%, which shows DC-based users are not only downloading apps, but also continuing to use them.

And the US’s least populated state, Wyoming, took the top spot for the best red state for in-app purchases at 55%.

However, cost-per-install was shown to be 5.6% less in blue states when up against the cost in red states.

To find out more about Liftoff’s survey and to see the full results please click here.