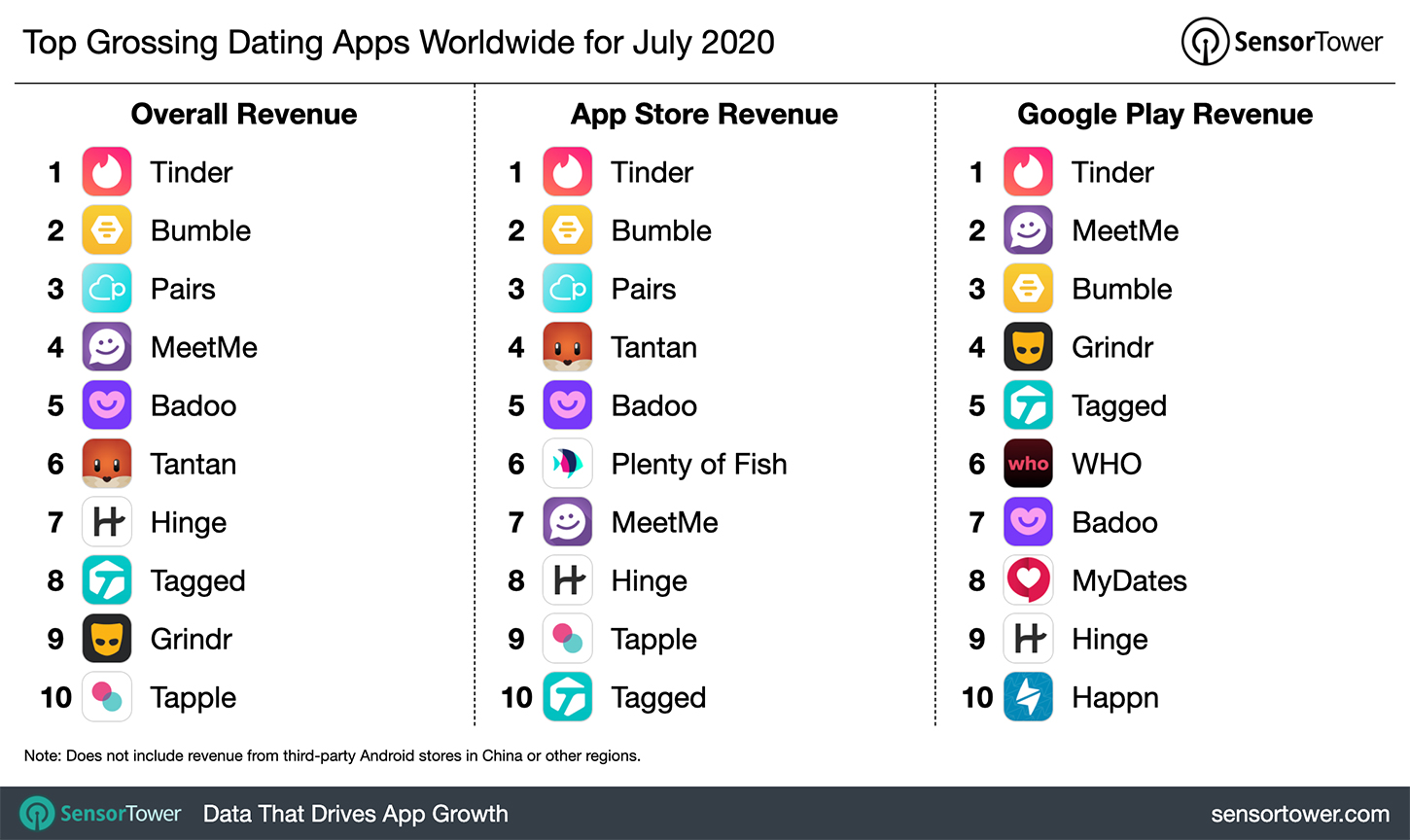 Tinder once again took the top spot, grossing more than $68.5 million in user spending throughout the month. This marks an increase of approximately $700,000 compared to June.

Bumble also retained its number two position and generated $16.8 million, a growth of $300,000 from the previous month.

Pairs, Match Group’s Japanese subsidiary, was the third highest grossing app, ahead of The Meet Group’s leading streaming and dating platform MeetMe. Badoo climbed one spot from last month and rounded out the top five.

Tantan, Hinge and Tagged were the next three offerings to be recognised on the list.

In ninth position was Grindr, the first and only product dedicated to the LGBTQ community in the top 10. Tapple, another Japanese platform, took the final spot.

Looking specifically at the Google Play Store, two less established brands were featured in the individual list. MyDates, owned by Dutch white label provider Boranu Online, and video social community WHO generated the sixth and eighth most revenue on the Android service.

On the list specific to the iOS App Store, Plenty Of Fish generated the sixth most amount of revenue. However, it didn’t feature at all in the overall list, which suggests a potential loss of revenue on the Android side.