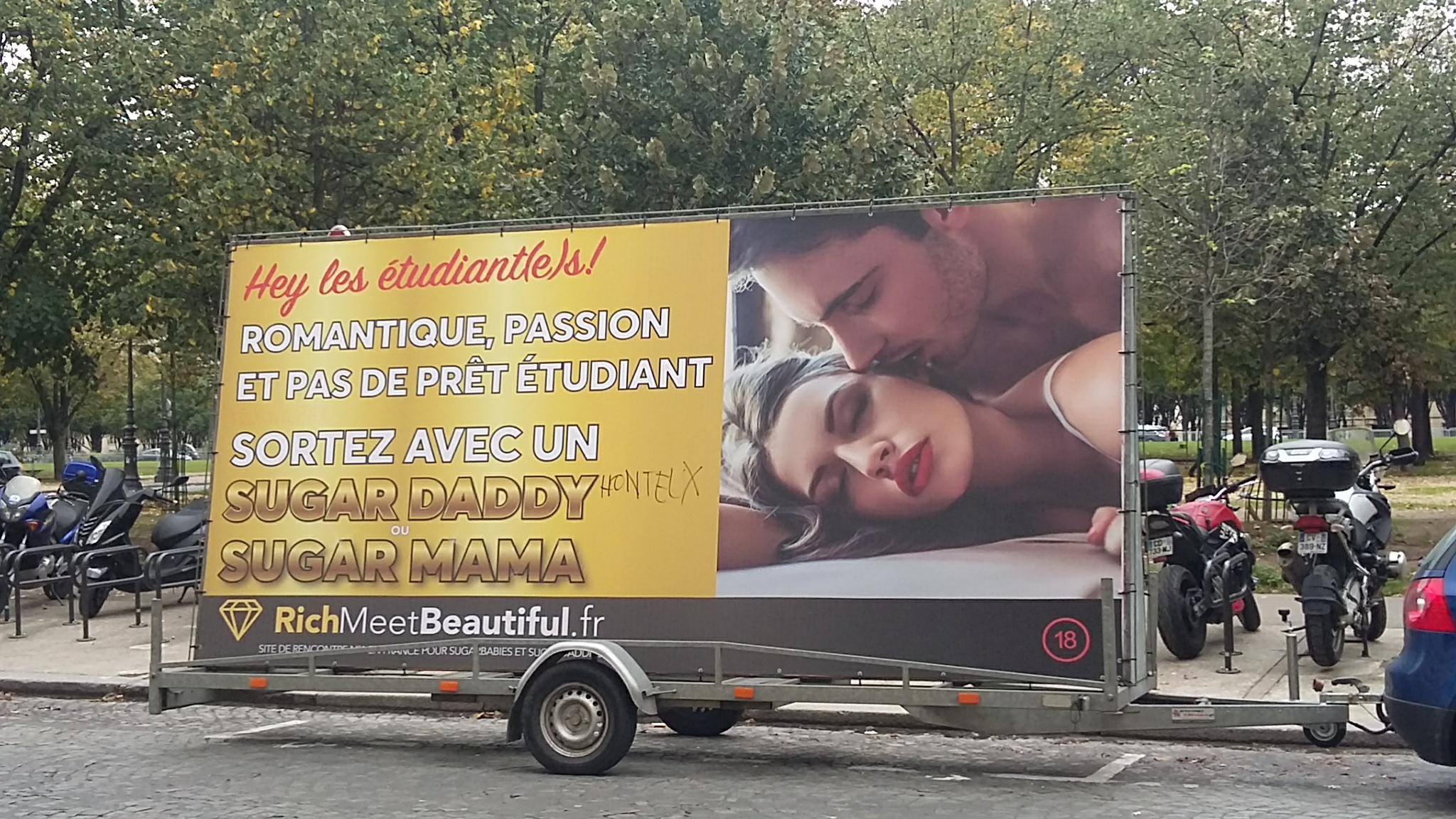 The mayor of Paris has removed controversial billboard ads for a sugar daddy dating site from the streets of the French capital.

A mobile billboard for dating site RichMeetBeautiful was placed in the grounds of the Sorbonne University.

The advert read: “Romance, passion and no student loan, go out with a sugar daddy”.

The company behind the adverts previously stoked controversy with the same set of adverts in neighbouring Belgium.

After the Paris billboards were spotted, a message condemning them was tweeted from the official Paris Twitter page: “We condemn firmly this shameful advertisement and we will work with the police to make it disappear from our streets.”

The deputy mayor of Paris, Hénène Bidard, said the advert was a form of prostitution: “As well as the public order problems caused by an advert that can be seen by minors, this site is an offence against women.”

Bidard also called for an investigation into the company “possibly leading to charges of pimping”.

After causing similar controversy in Belgium, the Norwegian company’s Managing Director Sigurd Vedal said: “We found out that mentorship and something more than just appearance and meaning mental stimulation, support to start their own career, wanting to learn, ambition.

“Those were important drivers for what they found attractive in a man.”

The adverts have now disappeared from the grounds of the university.