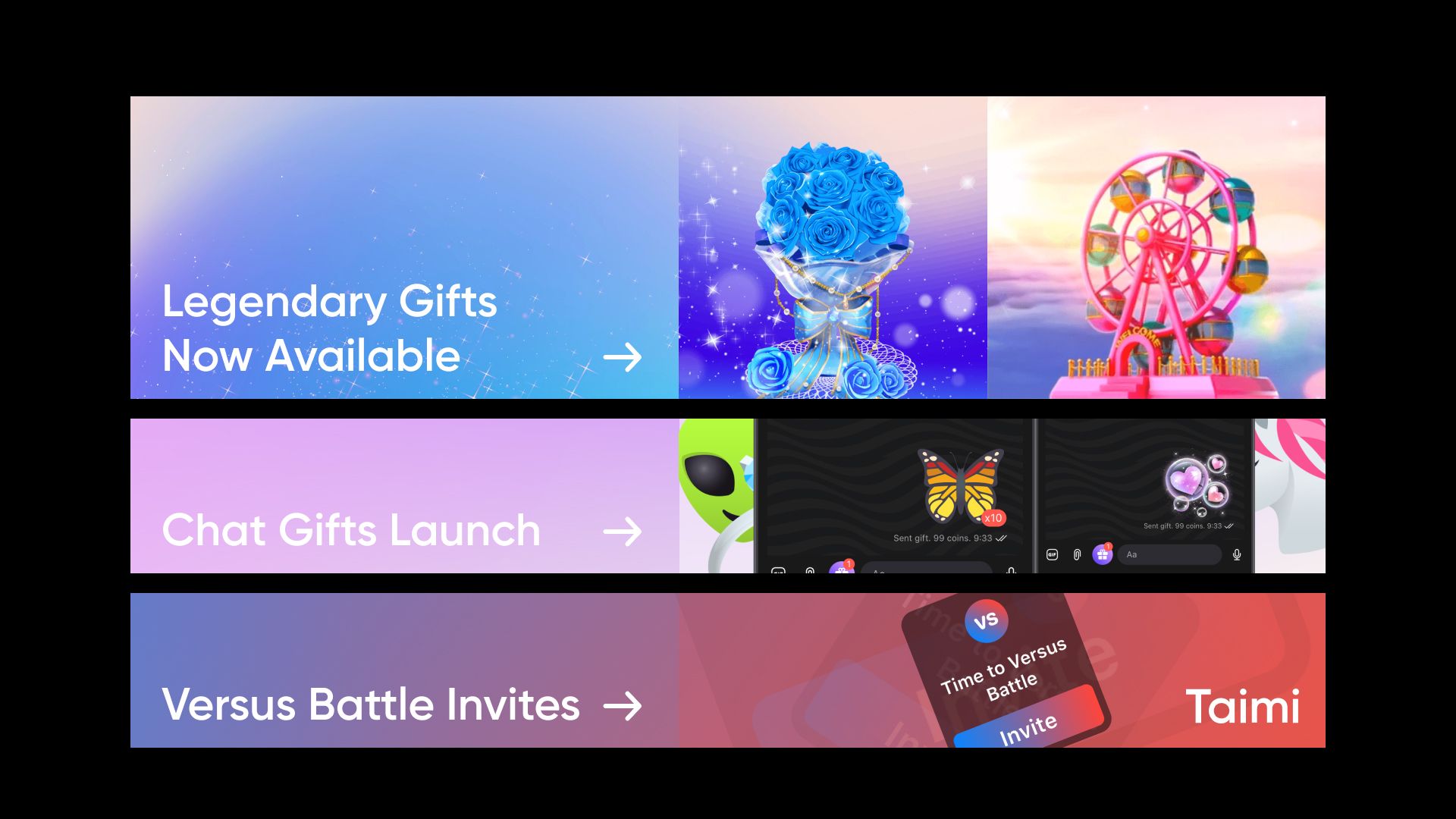 Taimi has added several new updates to its streaming feature to change the way that users interact and engage with the content.

This follows the recent introduction of the level system for its most active viewers and streamers. By playing games, receiving gifts, watching videos, and more, members are able to increase their level and collect ‘Diamonds’, the in-app currency.

The system was created to encourage people to be active and help them grow their following. Currently, the maximum available level is 55.

Taimi has now released a variety of new ‘Legendary’ animated gifts that can be used to show extra appreciation for other members of the community. Half of the new gifts will be exclusively unlocked when people reach specific levels.

For the first time, it is now possible to send gifts via chats. They were previously reserved for the streaming section of the app, but, following popular demand, singles can send gifts as a way to show how much they like one of their matches.

Helen Virt, Head of Business Development at Taimi, explained in a release: “Streaming on Taimi keeps gaining popularity, and we are seeing a massive user demand for more ways to show their appreciation for streamers, influencers, friends, and potential dates.

“The addition of the Legendary Gifts and the ability to send them via messages is a meaningful step for us to explore the potential of the gift system and bring our community even closer together.”

Finally, an update was rolled out to add a new option to start ‘Versus Battles’. Now, streamers can choose who they challenge, so they have more control over their live sessions and interact directly with their friends.