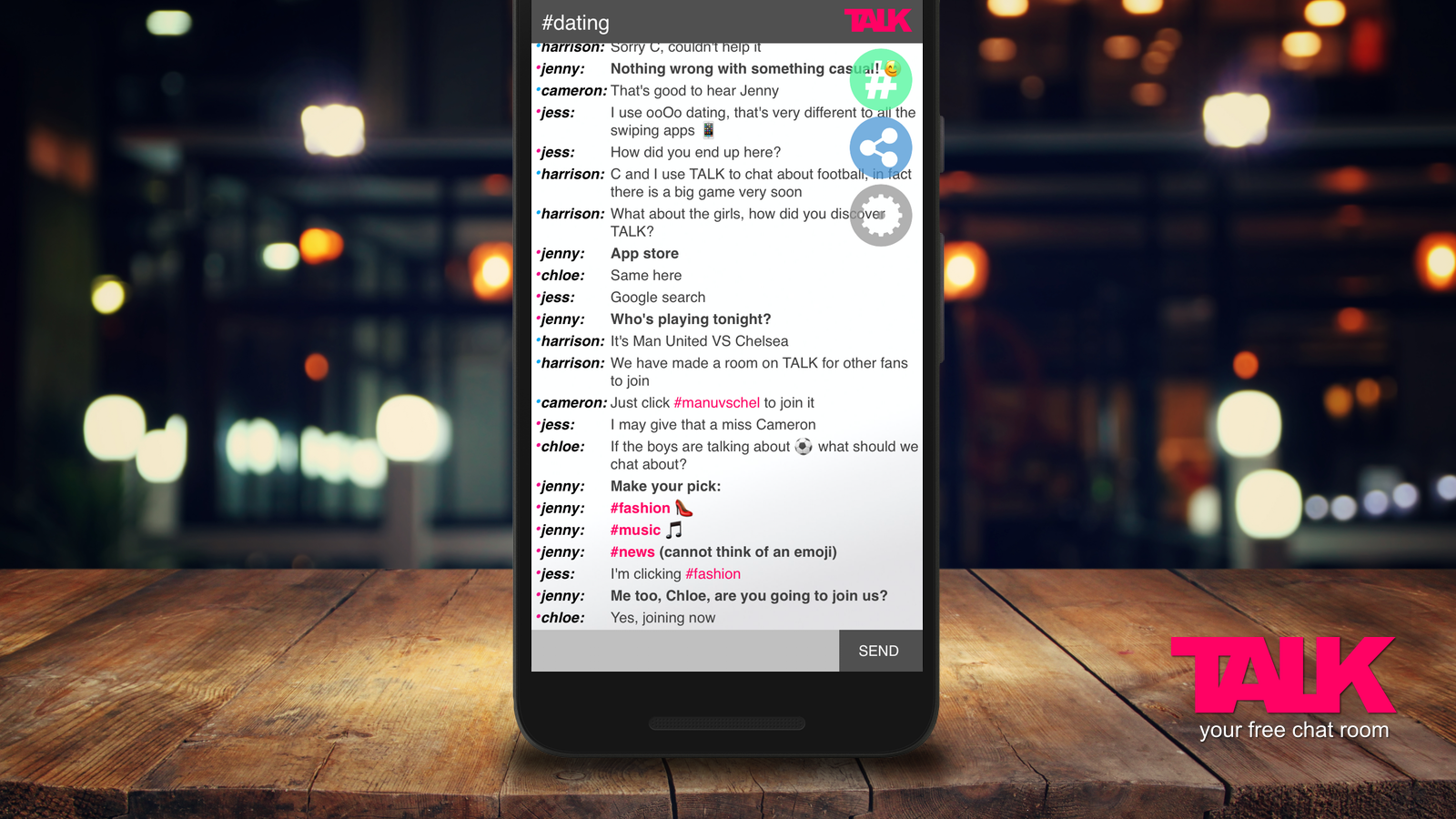 The entrepreneur behind Platform Dating and ooOo is moving outside the world of dating with his latest venture – a chat room app called TALK.

TALK is a new real-time live chat app for mobile and web that lets users chat on any topic, connecting with new people over shared interests.

Users can create their own chat room on any topic of their choosing, and both its owner and the chatroom’s participants can help to expand its audience by posting on social networks and inviting friends.

The chatrooms themselves are very simple, using a text-only interface, featuring no adverts and each room only discussing one topic. Users can be 100% anonymous, only needing to choose a username and setting their gender before they start conversing.

Speaking about the new platform, dm3 founder David Minns said: “TALK is a new area for our company which has been primarily focused on online dating. There is some natural cross-over between TALK and dating apps.

“It’s liberating to work on a project that doesn’t need the critical mass of a dating app. Just a few hours after launch we had over 1,300 lines of chat and much higher app retention rates.”

Minns, founder of Platform Dating and gamified singles app ooOo, revealed this latest release was part of a broader strategy for dm3 to use its rapid app development foundation to release more products that have an overlap with dating.

The anonymous design of TALK also makes the app secure for users, Minns said, as there is no user database and the only data stored is the text entered by chatroom participants, which also auto-deletes.

And to block another user, members can just type “block name” and that user will be removed from their feed.

Minns wants the platform to be a simple interest-based alternative to the “distractions” present on mainstream social media platforms.

dm3 director Tuğrul Korkmaz, said: “TALK comes into its own when it’s combined with a live event. For example, make a room about your favourite TV show as the show airs on TV. Share the room with your friends and share your views in real-time.”

The platform, which was built in two weeks, is available on iOS, Android, Kindle, web and mobile web.

Last year, we interviewed Minns about his gamified dating app ooOo, which was named the GDI Spotlight early stage winner, where he spoke about the benefits of creating a lean and agile business.