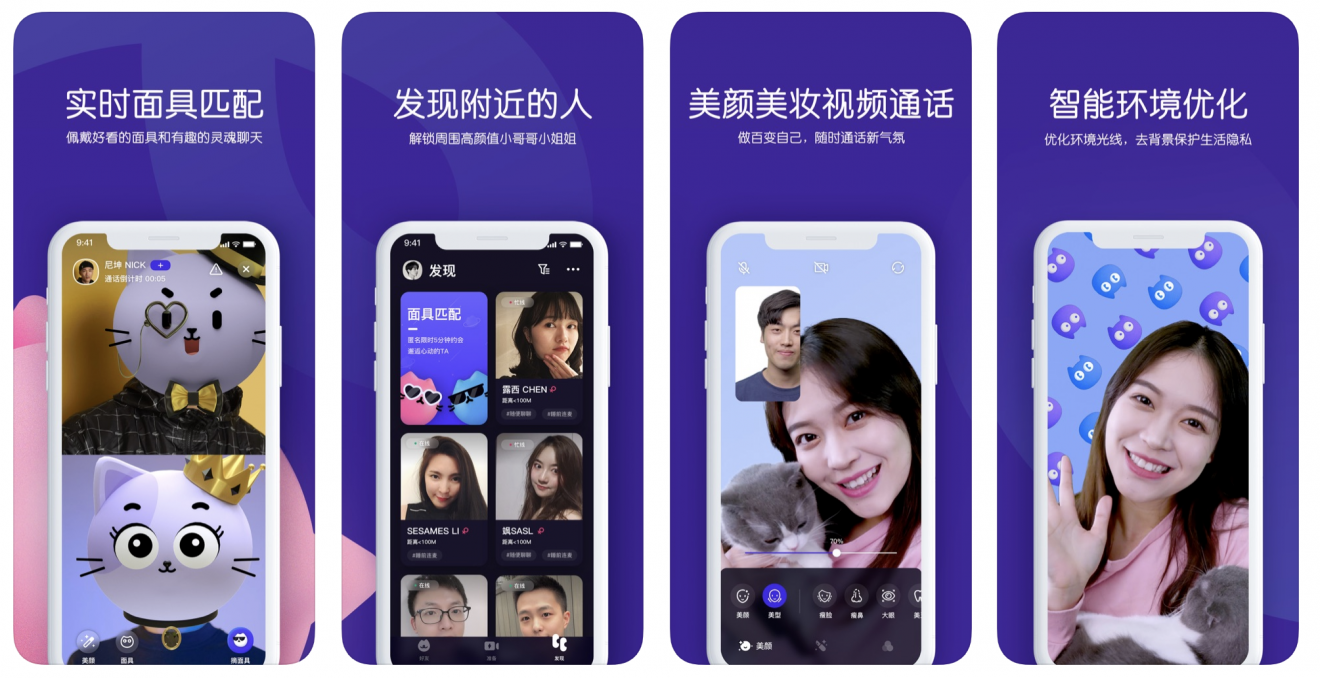 ‘Maohu’ does not support any text or audio conversation; users can only communicate through five-minute “dating sessions”. They are matched based on location, interests and relationship intentions. The app currently only supports heterosexual interactions.

The start of the first call is completely anonymous, with a mask filter being automatically applied to each person’s face.

Before the end of the conversation, the man must remove his mask if he wants to send a friend request and chat again, but the woman has the option of staying covered the entire time.

Once masks are removed, beauty filters are also applied, which smooths the skin and makes faces appear thinner.

‘Maohu’ could be classed as a slow dating platform, as users are only allowed to have three conversations each day.

Tencent owns the two largest messaging platforms in China, WeChat and QQ. However, their number of monthly active users has declined in the last quarter, potentially due to the rise in popularity of short-form video platforms among young people in Asia.

Match Group announced yesterday that it is starting to get involved in one-to-many livestreaming and is testing a new product on Plenty of Fish and Twoo.