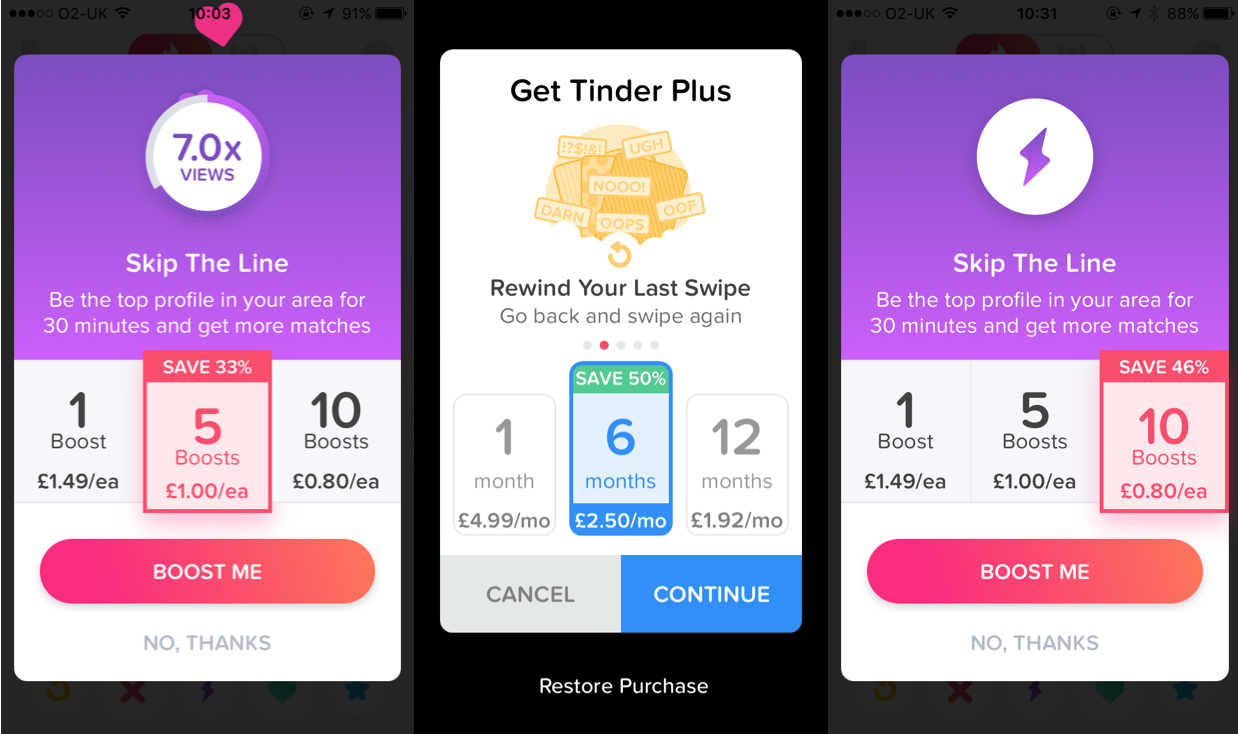 Tinder has started rolling out its new paid Boost feature in the UK.

The product, which was announced last week, was initially being played around with in Tinder’s test market of Australia.

And just nine days later, the new premium tool has landed in the UK, giving us a glimpse into Tinder’s pricing plans for the feature.

Tinder Boost lets singles pay to “skip the line” and get their profile boosted for a short period of time – making your profile one of the “top profiles in your area” for 30 minutes.

In addition to being an extra string to Tinder’s bow, the feature also brings a brand new payment method for the IAC-owned app.

Tinder Boost, unlike the Tinder Plus premium layer, can be bought with a one-off payment.

However like subscription plans, Tinder allows users to buy sets of Boosts for a reduced price. However, it seems Tinder is still testing different price bands, as other reports state that a single Boost was costing £2.29, and 10 boosts could be bought for £15.

If you are already one of the app’s 1m Tinder Plus subscribers – which costs £4.99 a month – you get 1 free boost a week.

Tinder will likely play around with its pricing over the coming weeks before it settles on a final figure, or range of figures depending on demographic or location – as it did with Tinder Plus.

The feature, which Tinder’s Head of Product Brian Norgard said was “the best product my team & I have ever built”, is said to help singles get 10x more profile views.

Tinder Boost is the app’s third form of monetisation, alongside premium subscription service Tinder Plus and its ad platform.