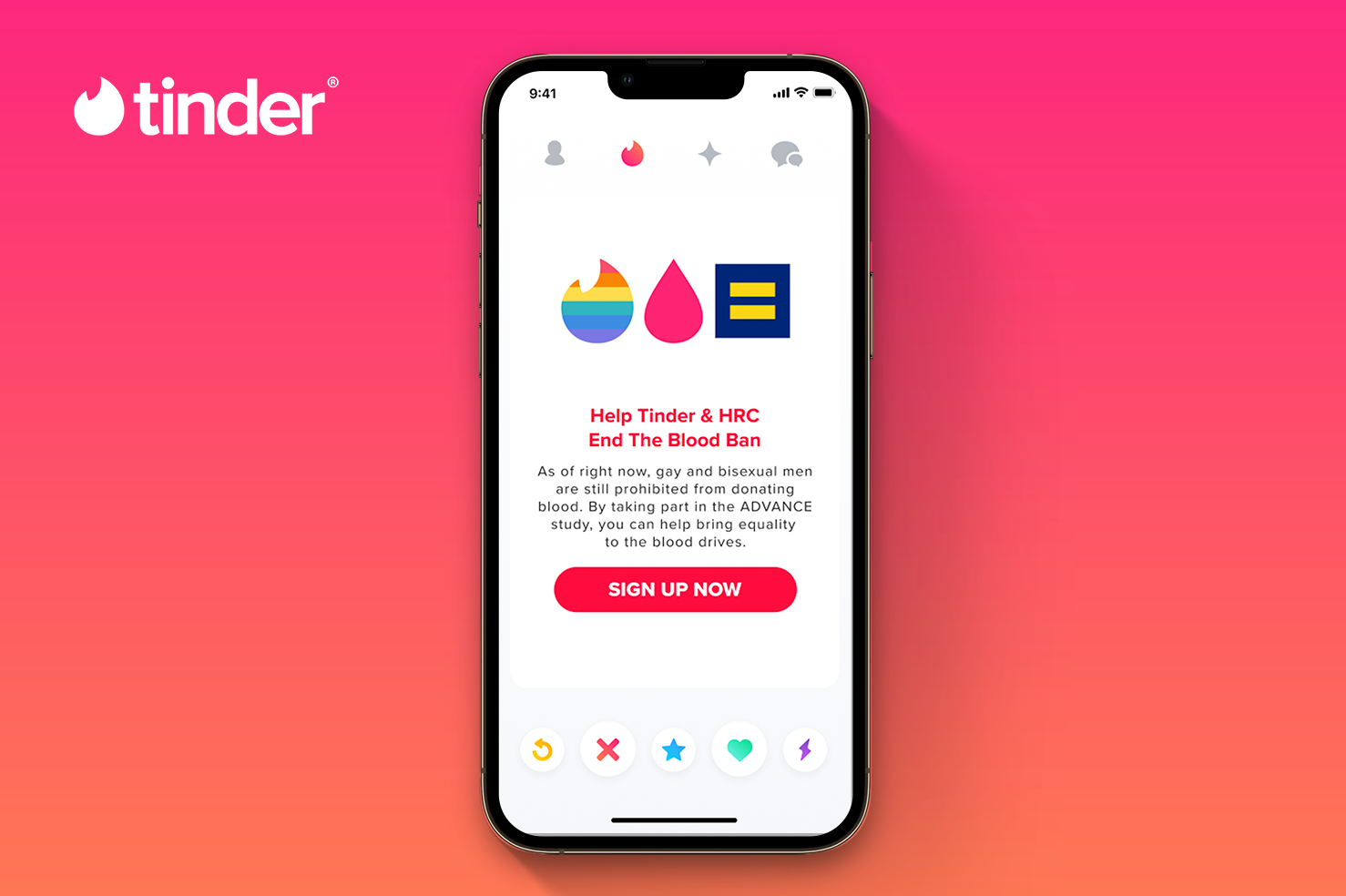 Renate Nyborg, CEO of Tinder, has released a statement campaigning for the end of the FDA Blood Donor Policy.

The statement said: It seems like every day brings a story of new legislation that seeks to strip away the freedoms of LGBTQIA+ individuals. But legacy rules also continue to burden this community.

Because of an outdated and discriminatory policy, men who have sex with men have been effectively barred from donating blood by the Food and Drug Administration (FDA). The ban was implemented in September 1985 at a time when HIV was fundamentally misunderstood and feared.

Today, the ban doesn’t make sense, particularly when you consider the advances in HIV/AIDS prevention, detection, and treatment. All blood collected in the U.S. undergoes rigorous testing for HIV.

However, organisations that collect blood like the Red Cross are forced to adhere to this policy, regardless of the realities of the science, because of mandatory FDA regulations. This policy is to these organisations’ detriment: It prevents hundreds of thousands of would-be donors from giving blood that UCLA researchers estimate could treat over a million people.

So, why does Tinder have a role in this fight? As the leader of a company built on the magic of human connection, it confounds me that people who desire to help those in need are held back by prejudiced policies. Through our work with the Human Rights Campaign, I have come to understand how I can use my platform as CEO to help effect change.