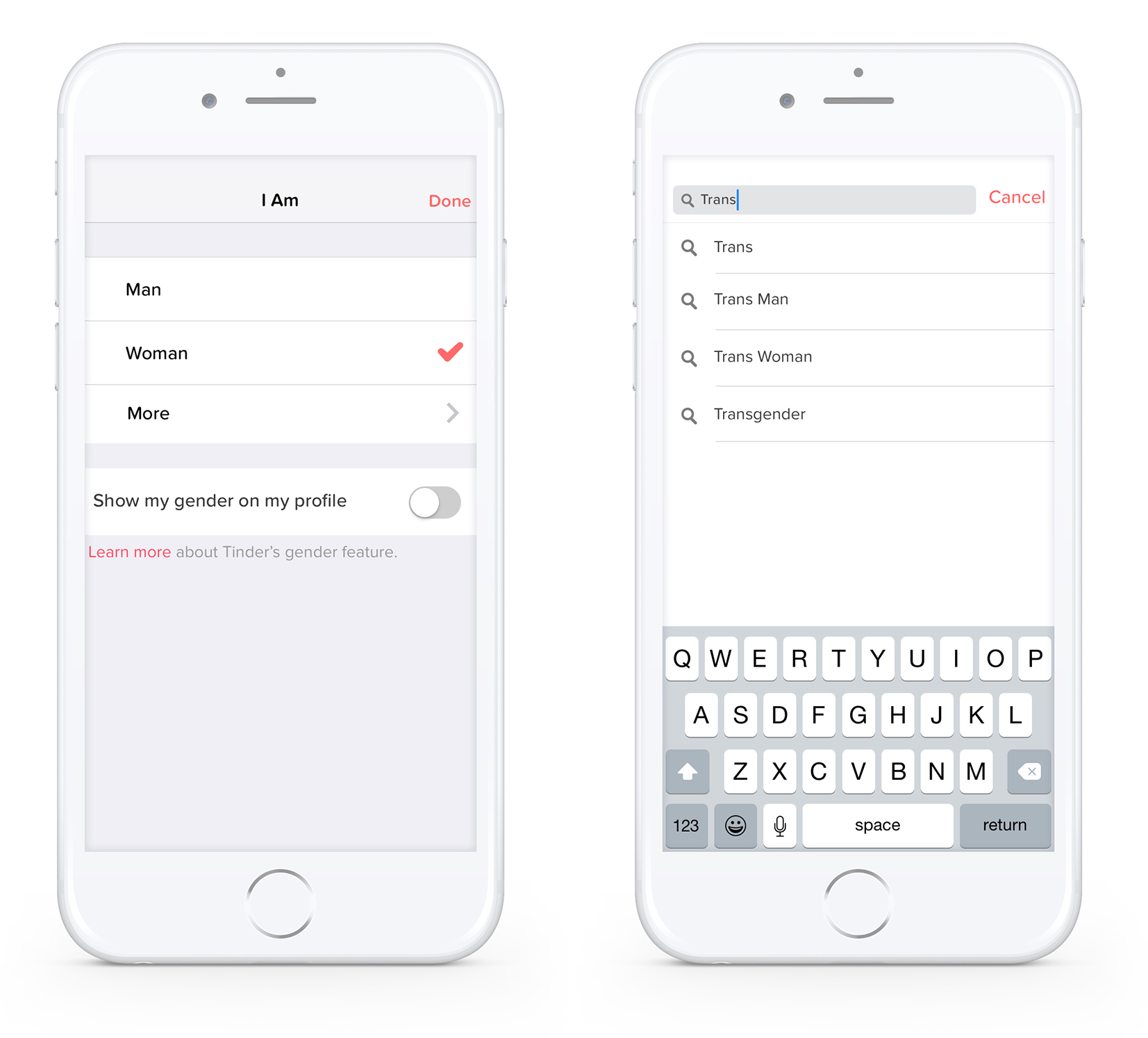 Tinder is rolling out its extended gender options to users in France, Spain and Germany.

Originally announced back in November 2016, the release added a More section to its genders options to let users manually input anything they wanted, or choose from a list of 40 potential suggestions.

This list was created in collaboration with LGBTQ media advocacy group GLAAD.

The update also enabled Tinder users to choose whether to display their gender on their profile, as well as deciding which set of results – male or female – they wanted to appear in.

And now the More Genders feature is being rolled out in three new European markets – France, Spain and Germany.

Introducing More Genders on Tinder in France, Spain and Germany. #AllTypesAllSwipes Comment if you caught us at Paris Pride & Madrid Pride 🏳️‍🌈

And to celebrate the launch of the expanded gender options, Tinder visited both the Paris and Madrid Pride celebrations.

After introducing the More Genders option last November, Tinder co-founder Sean Rad revealed in March that it had already made over 250,000 matches with transgender users.