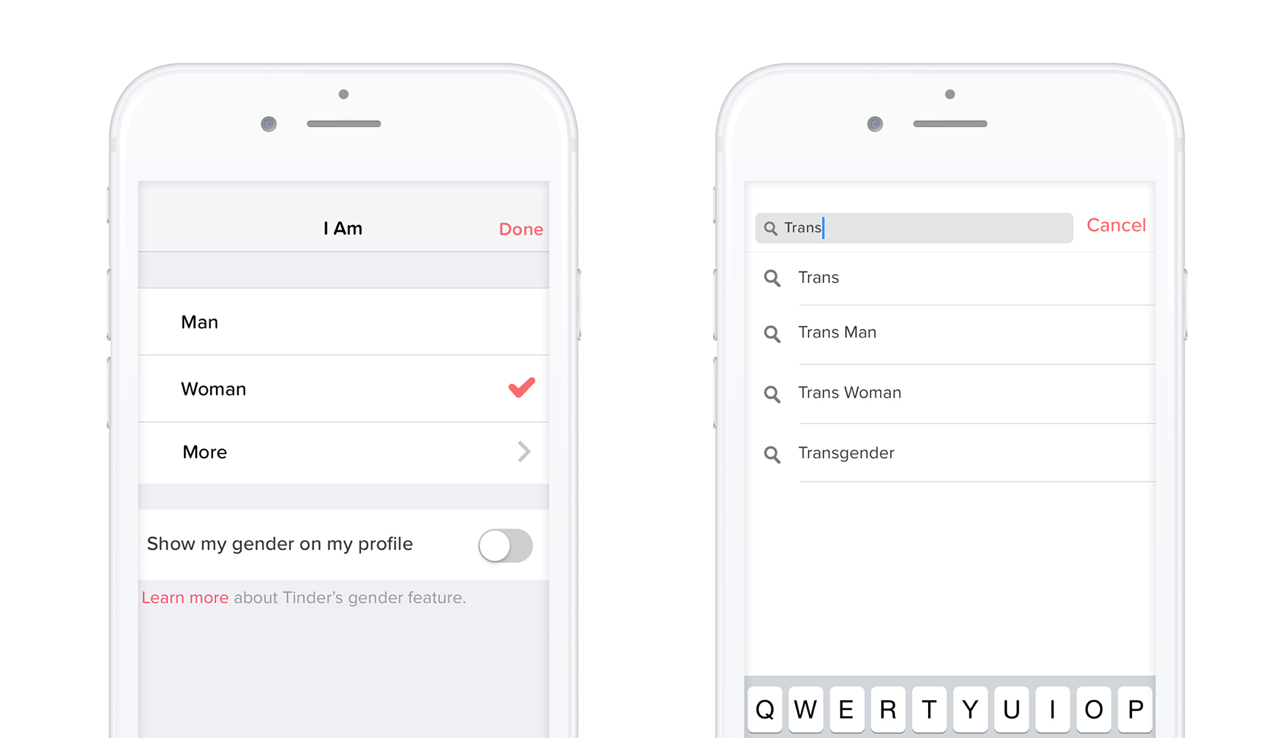 In November 2016, Tinder expanded the range of available gender options on the dating app.

And since then, the mobile service has facilitated over 250,000 matches with transgender users.

The figure was revealed by Tinder co-founder Sean Rad during a panel at SXSW on Friday.

During the talk, Rad spoke about why the company decided to introduce the update, after hearing that trans users were being reported, and harassed, on the platform.

The Tinder President said: “They were getting reported on the merits of who they were, not because they did anything bad.

“In Tinder’s case, we’re representing tens of millions of users and we want to do what’s right by all of them. Corporate leaders need to recognise they are, in a way, political leaders – it is very important that we set an example.”

He also said the update went through around 50 iterations, taking a few months to fully roll out, the company committing additional resources to its support team and better educating staff on issues of gender.

“No algorithm is going to solve for humans. We needed our team to understand how to empathize,” Rad said.

Tinder’s inclusive gender options were introduced in collaboration with LGBTQ media advocacy group GLAAD, and saw the company add a “More” section to its gender options in settings, which opens up a searchable list of over 40 genders.