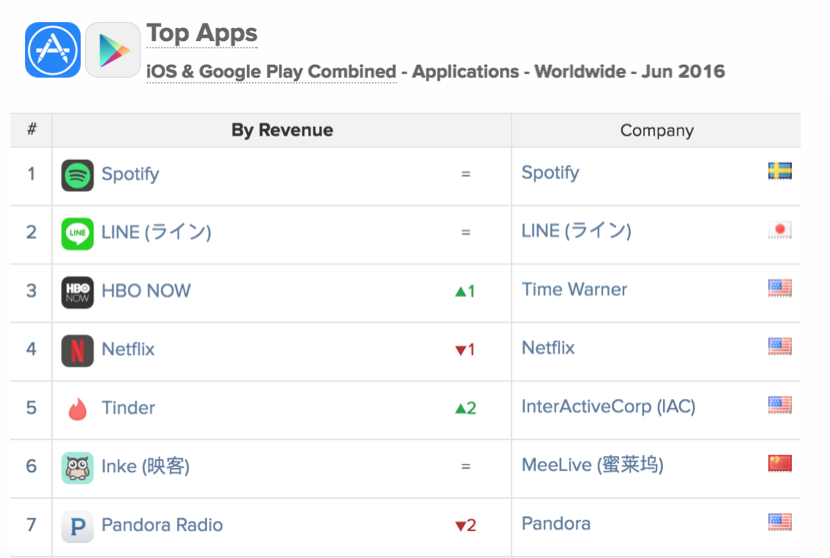 A recent report by app analytics company App Annie has revealed that Tinder is the most popular dating app on Android and iOS, according to its latest World Wide Index for Apps.

Tinder also placed as one of the top five apps for Google Play and iOS combined in terms of worldwide revenue.

Tinder’s new place in the top five reflects good growth compared to last year, when App Annie’s June 2015 World Wide Index found that Tinder was, at the time, 7th in the top 10.

The report comes shortly after Match Group released its financial results for Q2 of 2016 in June, which showed that Tinder had seen a 209,000 subscriber increase compared to the year before.

This boost has taken Tinder’s total number of paying subscribers to 1.23m.

And App Annie also found that engagement for Tinder has remained high, particularly amongst younger users, sitting at the top of the MAU list in the lifestyle category.

App Annie’s Sam Cheney said: “In June, it was the most-used app in the Lifestyle category on iPhone in the 13—24 year old demographic in the US, with Bumble listed as the only other dating app in the top five.

“This is especially impressive for an app reserved for those aged 18+ – it’s competing against apps that serve the entire demographic range.”

The news comes after the introduction of Tinder Social, a new feature that enables groups of singles to organise a night out together.

The social product lets you form a group with your friends, tell other users what your plans are, then swipe and connect with other groups for a night out – with all matches and conversations deleting after 24 hours.