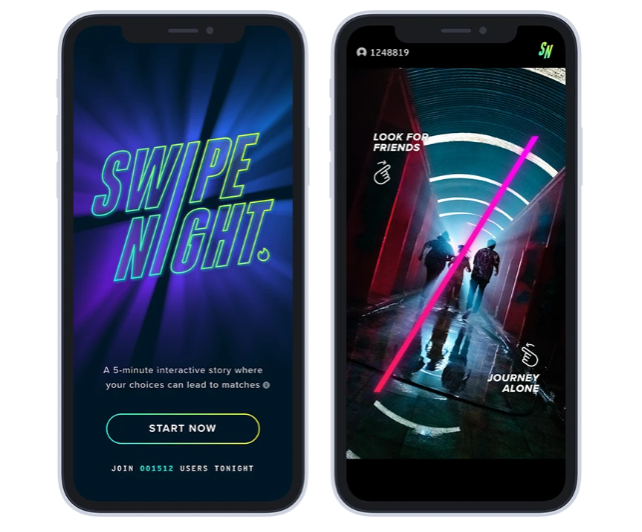 Tinder said on Tuesday it will postpone the international release of its interactive series, Swipe Night, out of sensitivity to coronavirus fears.

The company decided to scrap the plans to release the series outside the US due to the show’s content which revolves around a group of friends who learn an asteroid is set to collide with Earth, wiping out life.

“We’ve decided not to launch the ‘Swipe Night’ series around the world this weekend. We were excited to bring this innovation to our members outside of the U.S., but given the series’ apocalyptic theme, and because we are sensitive to the current events our members are experiencing, we felt it would be difficult to launch it in the right spirit,” said a company spokesperson in a statement.

The first-person adventure series offers players a set of choices at key moments in the story which impact the outcome of the game. A user’s decisions are subsequently published on their Tinder profile to provide matches with more information about their personality.

The series had huge success in the US with Tinder reporting a 26% increase and a 12% increase in conversations on the app.

Due to its success, the company has organised a second season of the series which is due to be released this summer.