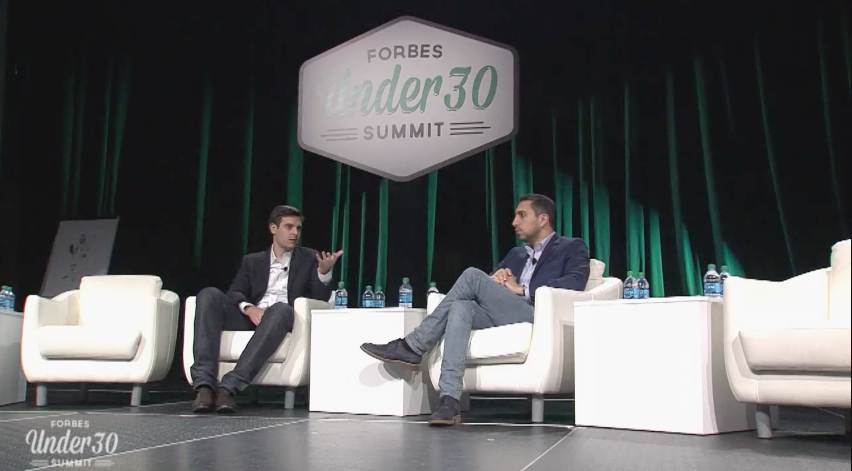 Forbes have posted the recent interview with Tinder CEO Sean Rad at their Under 30 Summit.

At the conference, Rad announced that Tinder would be launching a premium service in November.

Despite being coy around specifics, he hinted that the paid service might be related to travel, or for social discovery outside of dating.

Rad said they are “adding features users have been begging us for. They will offer so much value we think users are willing to pay for them.”

In the interview, with Forbes’ Steven Bertoni, when asked about what he sees as the exciting tech trends, Rad points to apps which break down barriers involved in social discovery, citing examples like Snapchat’s college-based story feature.

Such technology “brings together groups of people who don’t know each other, but can connect around a topic or a theme, and I think you’re going to find that a lot in the coming years – companies are going to perfect that.”

And Rad also reveals that, with Tinder’s visual rather than information-based matching system, one of the most powerful signals of relevance is the content of the photo – what people are doing, where they are, etc – beyond just attractiveness.

He says that the Tinder team are trying to figure out ways of capturing this content or visual information, and then feed it back into Tinder’s recommendation system to produce better matches.