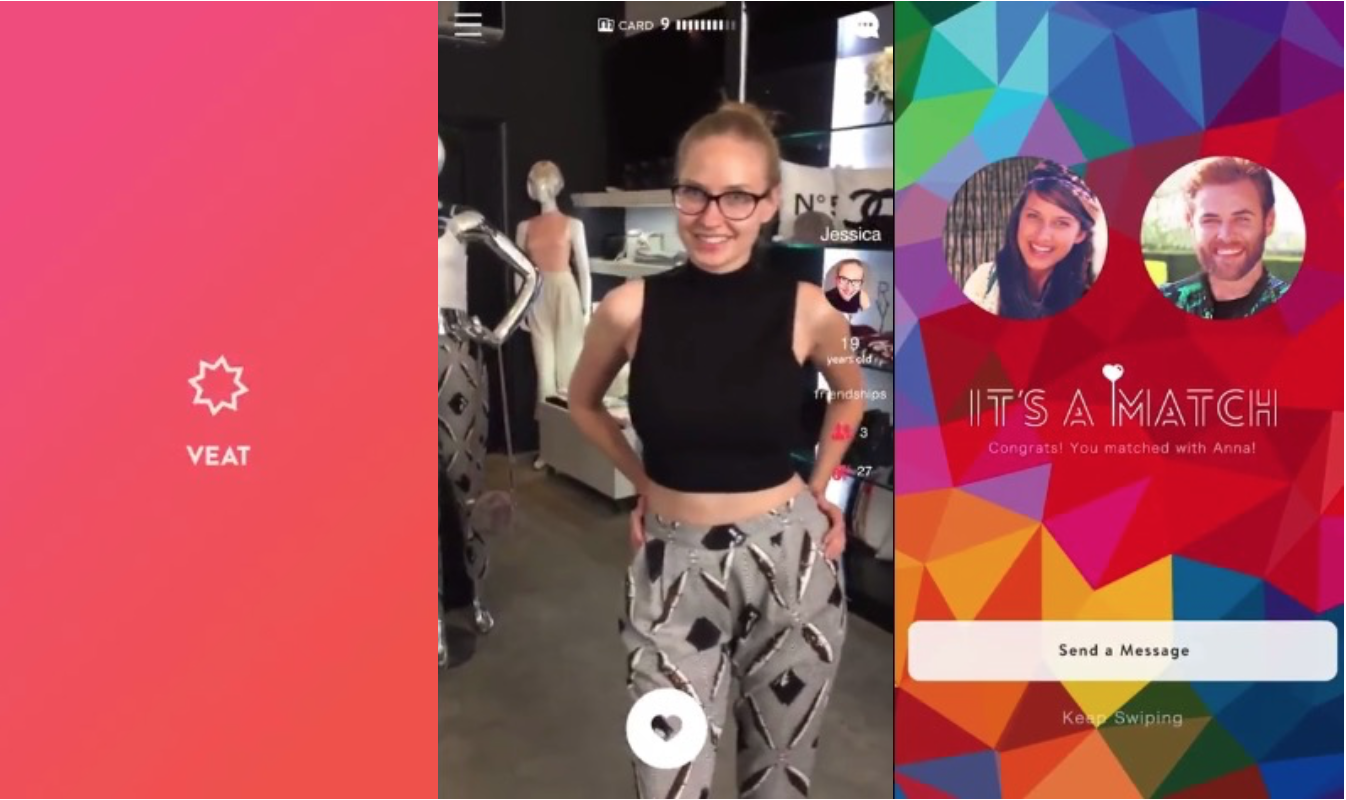 With today’s market full to the brim with apps and sites looking to bring people together, Veat hopes that its video profile focus will set it apart when it comes to matching singles.

Veat lets users upload seven second videos to their profile, which the app hopes will give people more creativity and opportunity to really put their personality across to other singles.

The app has been released by Diverse, a subsidiary of Tokyo-based mixi that creates social mobile products, and the idea behind the app came from research conducted by the Diverse Institute Technology in April.

The researchers found that: “Videos were judged as more effective in bringing out users’ personalities, as subjects who watched videos of another person reported having a better feeling of that person’s character traits, in comparison to seeing a photo of the same person and judging them based on looks alone.

“Diverse, Inc. wanted to create a casual dating/social discovery app that allows for more expression and freedom to be creative when making your profile through the medium of short video clips.”

The app works on a card-based system, with cards acting “like tickets”, unlocking profile videos on the app – the more cards a user has, the more people they will be able to see and swipe through.

Once they have cards, singles can begin looking at the video profiles of others users, before choosing if they wish to like them (by pressing the heart) or move on (by swiping up).

And singles only have the seven second span of each profile video to choose which way they want to swipe.

If two users mutually like each other, they match and are able to talk in the in-app chat function to get to know each other better.

Koichiro Hayashi from Diverse said: “Recently we changed the UI from “Right to Left” to “Swipe Up” when videos pop up.

“The reason we changed the UI is to have more excitement like Snapchat and good quality of videos like musical.ly. Since video can’t lie, it’s working very well and we see progress in this change.”

This investment saw the South East Asia company gaining its first Series A funding, securing a seven figure sum from mixi & Fatfish Internet Group in the round.

Veat is currently available on iOS in 151 countries, with the company focusing its early marketing efforts on the US, as it preps a forthcoming Android version.