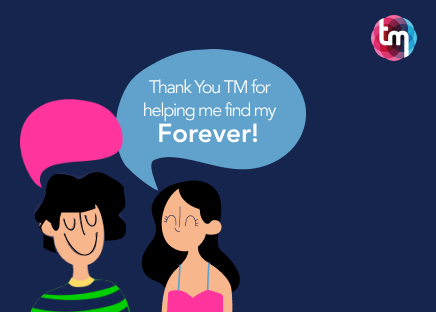 As more and more young Indians turn to dating apps to find love, TrulyMadly has released some user activity findings.

Only 20% of its five million users are female, so CEO and co-founder Snehil Khanor said its important women feel safe while talking to strangers online.

New sign-ups must complete five or six verification tasks, such as uploading a selfie and an image of government-issued ID. 25% of men who register for a TrulyMadly account end up getting rejected because they can’t prove their identity.

There 100,000 premium members, 80% of which are reportedly looking for a serious relationship. A new feature called TMForever is set to be launched in November, specifically targeted at singles who are ready to settle down.

Khanor told Moneycontrol: “We have positioned ourselves as a dating app for those looking for something serious. That’s why more than [half] of the app’s active users are 28 years or older.

“We do compatibility matching based on intent and interest. To come on our platform, there is a verification process which is as long as 10 minutes. Then, if someone is looking for a serious relationship, there are as many as 30 questions to assess compatibility.”