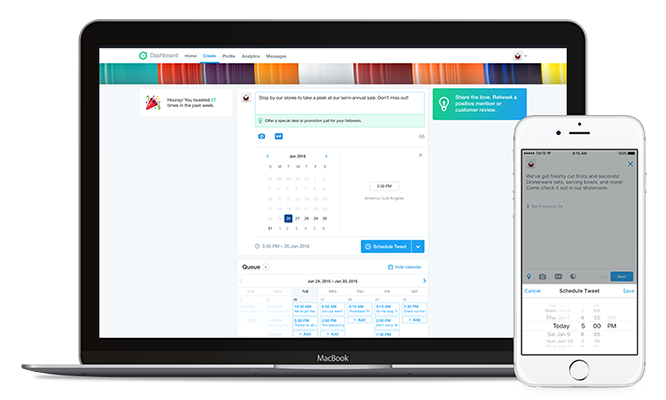 Twitter announced it would be shutting down its Dashboard for business tool this week.

The closure of the online tool will take place on 3rd February.

Launched last June, Dashboard was designed to let brands schedule posts and engage with their audience.

The tool grouped all your mentions and references to your business in a custom feed, as well as showing analytics for your tweets and letting you schedule messages in advance.

However in a series of tweets sent yesterday, the company announced plans to shutter the service next month.

Twitter Dashboard will be closing down on February 3rd. 1/5

Twitter also said it hopes to “bring the best features” from Dashboard to the broader Twitter community.

The company also said all users’ scheduled tweets will still be posted as scheduled and can be updated in TweetDeck.

The closure seems to be because of its relative lack of use and downloads, TechCrunch reporting Dashboard was ranked at #432 in the iTunes Store’s Business category.