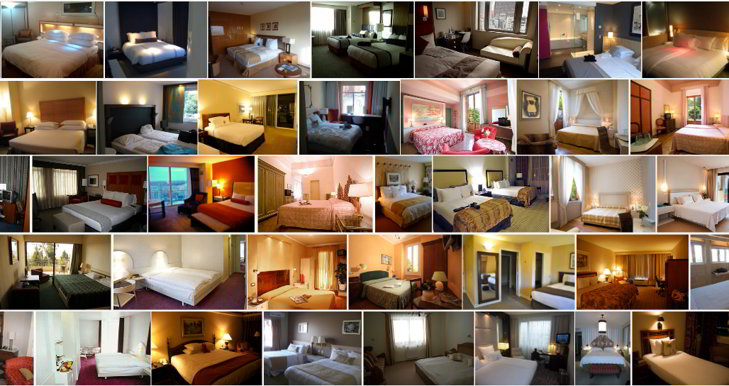 Law enforcement is calling on travellers to use new technology to help its fight against sex trafficking.

The police are asking members of the public to anonymously upload pictures of their hotel room to a new online platform called TraffickCam.

By uploading photos of their hotel room, investigators can then cross reference these pictures with their own database of images of trafficking victims in hotel rooms, to help locate victims and their pimps.

Law enforcement said identifiable features such as the “patterns in the carpeting, furniture, room accessories and window views” can be matched against the database of traveller images, to give investigators a list of potential hotels where the photo may have been taken.

And early testing has shown that the app is 85% accurate in identifying the correct hotel in the top 20 matches.

TraffickCam’s database already has over 1.5m photos from over 145,000 hotels across the US, made up of images taken by early users of the TraffickCam app, as well as from publicly available images of the hotels.

“The app created by the Exchange Initiative will give law enforcement yet another technological tool to reach that goal in a quicker, more proficient manner when investigating cases involving human trafficking and child exploitation.”

Most victims of sex trafficking are recruited when they are just 12 to 14 years old, and according to UNICEF, at least 300,000 American children and 1.2m children worldwide are trafficked each year.

The app was built by the Exchange Initiative – a social action organisation founded by events management company Nix Conference & Meeting Management – and researchers at Washington University in St. Louis.

Explaining why the company decided to build the platform, Molly Hackett, the principal of Exchange Initiative and Nix said: “The first time we were able to help law enforcement identify a hotel where a trafficked child had been photographed, we realized that our travel experience was valuable in the fight against trafficking.

“Our pivotal moment for developing the app came when we couldn’t identify a motel room. We connected the vice squad with our associates in that city, but it took three days to find the girl. That seemed way too long, given today’s technology.”

And Exchange Initiative is now encouraging all travellers to help the fight by uploading images of their hotel rooms with the TraffickCam app, which is currently available on iOS and Android.

Donations to support the database can also be made here, and will be doubled through a $100,000 matching grant challenge from the Congregation of the Sisters of Saint Joseph.